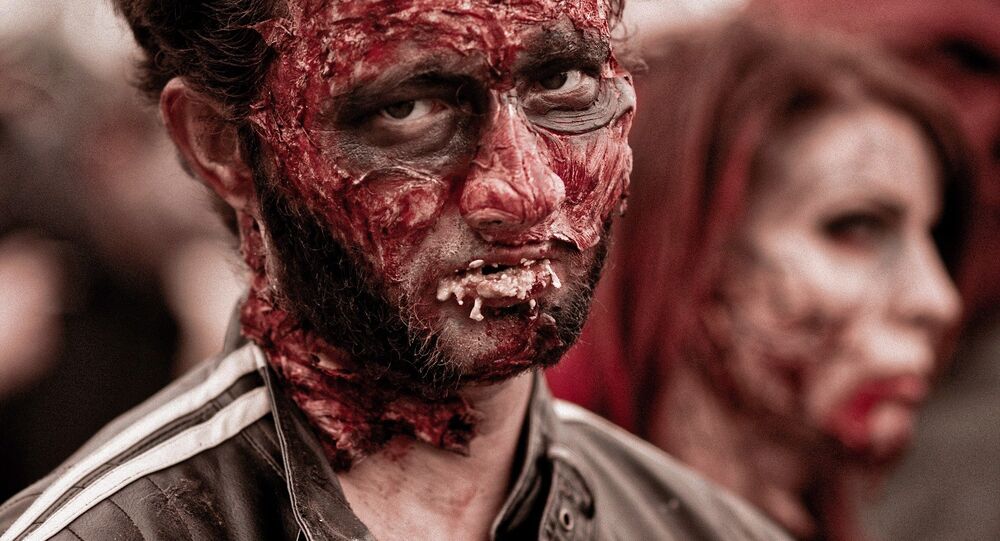 “Aside from military personnel in Iraq and Afghanistan, leishmaniasis is an increasingly common infection with ecotourists traveling to Central and South America. Travelers visiting the jungle in the Amazon basin have a high likelihood of being exposed," said one of the leading authors of the research, Naomi Aronson, MD, from National Military Medical Center in Bethesda.

"The cutaneous and mucosal forms of the infection cause serious scarring, and visceral leishmaniasis can be deadly, so timely diagnosis and treatment managed by an infectious diseases physician is vital," she added.

Messages about the mysterious “jihadist disease” spreading in the regions of Syria controlled by Daesh terrorists appeared across the world in April, 2015. According to witnesses, this infection rots people alive, with the process beginning from their faces.

Doctors have identified two main versions of how the infection spreads. One of its main roots is A group streptococcus which causes necrotizing fasciitis, while the other root is Leishmania parasites transmitted by flies and mosquitoes. Specialists believe that the infection spread in areas controlled by Daesh because terrorists usually leave victims unburied in the streets, promoting the growth of bacteria and flies.

Regardless of the infectious agent, the disease is deadly. Doctors are looking for opportunities to protect the population of the Middle East from it. According to the magazine PLoS One, today the number of leishmaniasis and fasciitis carriers in the conflict zones is estimated to be several thousand.

The infection rarely has occurred in the United States, although Aronson and her counterparts claim that lately a few cases were reported in Texas and Oklahoma. Flies and mosquitoes carrying leishmaniasis are not indigenous to the territory of North America, so the doctors assumed that the infection is transmitted from outside of the country.

The analysis showed that leishmaniasis in blood of American patients is similar to that from the Middle East (Leischmania tropica) and from Latin America (Leischmania braziliensis and Leischmania guyanensis).

Consequently, the infections roots differ. As the scientists concluded, Middle Eastern parasites infect mainly the US military who had contacted with dead bodies, while people infected by Latin American parasites are most often ecotourists.

Since diagnostics and treatment for two kinds of leishmaniasis differ, the authors of the article recommend their colleagues to take it into account and ask their patients in which countries they had been lately when examining them.