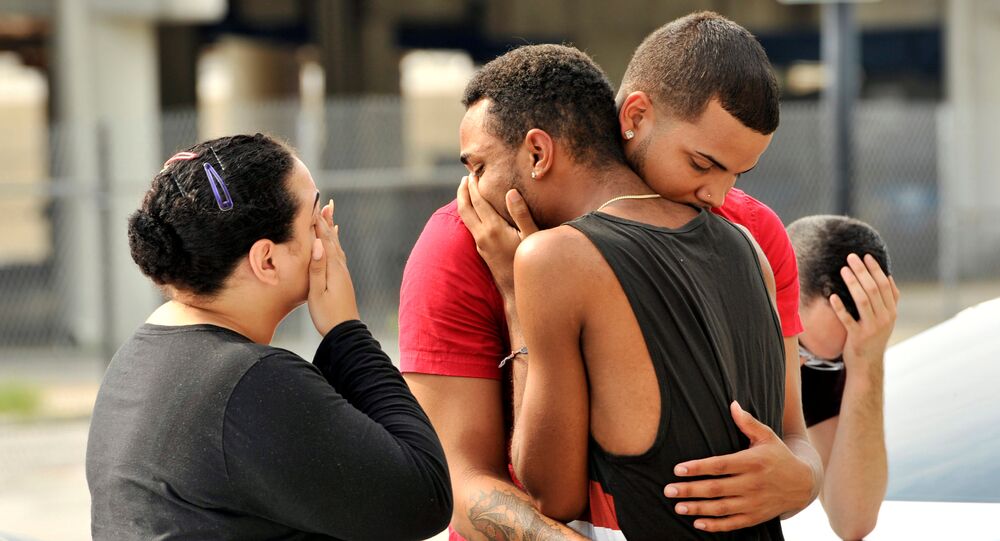 In the wake of the deadly shooting at a gay nightclub in Orlando, Florida, US Republicans beholden to the National Rifle Association are desperate to blame anything but guns.

This aversion to common-sense reform stems largely from the fact that the National Rifle Association is a major financier of the Republican Party. Congressman, of course, can’t say that outright, and in an effort to pin the blame for mass shooting on anything other than lax gun laws, lawmakers typically point to a number of scapegoats, some more ludicrous than others.

Mass shootings conducted by Muslims are often used as an excuse to tap into xenophobic fears. Less than 12 hours after the Orlando shooting, Republican presidential hopeful Donald Trump released a statement that highlighted the shooter’s Afghan heritage.

"The terrorist, Omar Mir Saddique Mateen, is the son of an immigrant from Afghanistan," the statement read. "We admit more than 100,000 lifetime migrants from the Middle East each year. Since 9/11, hundreds of migrants and their children have been implicated in terrorism in the United States."

This line of reasoning ignores the fact that many shootings in the United States are carried out by American-born citizens, such as Dylann Roof, who killed nine people during the Charleston church shooting in June 2015.

"Doesn’t the politicization of all of this, the relentless lying by the administration about the Islamic terror threat we face make it harder for people to want to step forward and say that they see?" he asked counterterrorism expert Sebastian Gorka.

Donald Trump went further, suggesting that the President may have been involved in the incident.

"Look, we’re led by a man that either is not tough, not smart, or he’s got something else in mind. And the something else in mind – you know, people can’t believe it. People cannot, they cannot believe that President Obama is acting the way he acts and can’t even mention the words 'radical Islamic terrorism,'" he said on Fox News.

These accusations ignore the fact that the Obama administration has tirelessly pushed for gun control reform, only to be consistently thwarted by a Republican-controlled Congress. Only ten days before the Orlando shooting, the President participated in a PBS town-hall meeting in which he expressed his concerns about Daesh-sympathizers having easy access to guns.

"We’re allowed to put them on the no-fly list when it comes to airlines, [but not] prohibit those people from buying a gun," he said, placing the blame on the outsized influence of the NRA.

"We have an ongoing debate about gun ownership in this country and we’re trying to prevent mental illness," said Rep. Mike Miller (R-FL) according to the Miami Herald.

But as Josephine B. Yurcaba points out for Romper, placing all blame on the mentally ill fails to address the root of the problem.

"…Mental illness is not the reason mass shootings are happening almost daily," she writes, "[Republicans] are scapegoating the mentally ill so that they don’t have to address the real reason for the violence: radicalism…misogyny, and relaxed gun violence prevention measures that are paid for by gun lobbies."

© REUTERS / Steve Nesius
‘We Believed It Was Part of the Music’: Eyewitnesses Speak Out About Orlando Carnage

The NRA and its supporters often rely on the excuse that the only thing that stops a bad guy with a gun is a good guy with a gun. In other words, the solution to gun violence is more guns.

"If people in that room had guns, with the bullets flying in the opposite direction right at [attacker Omar Mateen], right at his head, you wouldn’t have had the same tragedy that you ended up having," Trump told CNN on Monday.

Similar arguments were used in the wake of the San Bernardino, Sandy Hook, and Paris attacks.