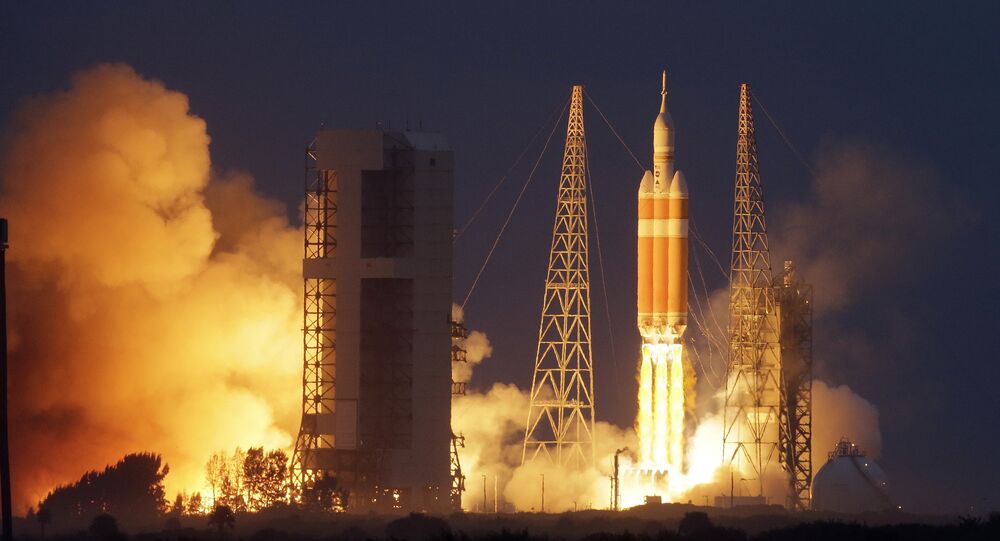 US Spy Satellite Set to Launch From Cape Canaveral

After a series of delays, the United States will launch a new National Reconnaissance Office (NRO) spy satellite on Saturday.

© Photo : favera.ru
The Space Race is History: NASA Burns Billions, Relies on Russia for the Basics
used to boost the satellite into space, is one of the largest vehicles on the planet. Using three core boosters, it produces over 2 million pounds of thrust and will place the top-secret NROL-37 spy satellite into orbit, launching from Cape Canaveral on Saturday.

Little is known about the NROL-37’s mission, but, according to Press TV, it is likely the seventh version of the Orion class satellites developed in coordination with the CIA. These have traditionally been used to gather earthbound signals intelligence (SIGNIT) from space.

The NRO describes itself as "America’s eyes and ears in space."

"Frequently, NRO systems are the only collectors able to access critical areas of interest, and data from overhead sensors provides unique information and perspectives not available from other sources," the agency’s website reads.

The launch was originally scheduled for last month, but has seen a series of delays.

"The Delta IV [heavy rocket] NROL-37 launch is delayed at the request of the customer," Colorado-based United Launch Alliance (ULA) said in a statement. "The NROL-37 spacecraft and launch vehicle are secure on Space Launch Complex 37."

Rescheduled for June 4, that date was then pushed back again. On Thursday, the rocket was scheduled to launch at 2:55 PM, but was delayed by bad weather before being canceled altogether.

While ULA’s single-use Delta IV rocket may be the US government’s current favorite for satellite launches, it could be the last of its kind. The Falcon 9 rocket, designed by Elon Musk’s SpaceX company, hopes to alter spaceflight forever, creating less expensive reusable rockets.

In April, SpaceX was awarded an $87.2 million contract by the US Air Force to launch a military satellite in 2018.

The successful landing of a Falcon 9 rocket on an unmanned ocean-going barge in April indicates that SpaceX could expect additional contracts in the future.

Delta 4 Blasts off From California With Military Reconnaissance Satellite