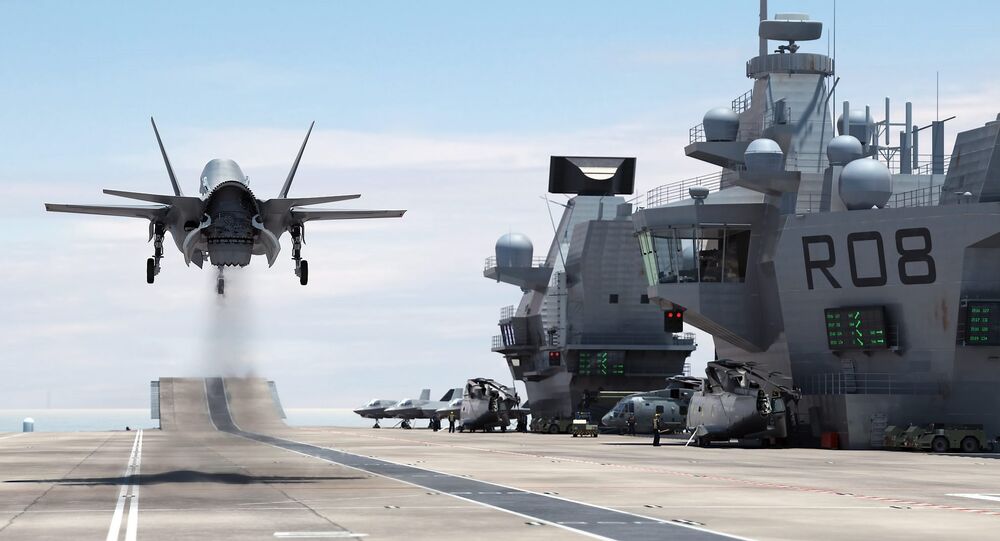 As the Senate Armed Services Committee holds hearings on the controversial F-35 program, Radio Sputnik hears from Pierre Sprey, one of the designers of the F-16, to discuss how the beleaguered fighter jet is emblematic of the US military industrial complex.

"I would say that the cost will come out to $200 million per airplane," Sprey tells Loud & Clear, referring to the F-35 Joint Strike fighter developed by defense giant Lockheed Martin.

"Maybe more. Maybe the bills will be even larger, because this airplane is in the middle of testing, and every time they test it they find another failure, and another failure means an expensive fix that has to be put into the production line."

While the F-35’s developers tout its stealth capabilities, Sprey finds that to be a misleading description.

"[Stealth] was an advertising hook when it was first developed as a multibillion dollar program in the early 80s," he says. "Stealth itself dated all the way back to World War II, but was a relatively cheap and low-level operation until [former US Defense Secretary] Bill Perry saw it as a hook for selling a whole new generation of missiles and very expensive bombers and fighters.

"They managed to put across the idea that if you didn’t have stealth, you were obsolete."

Stealth technology relies on the reshaping and coating of aircraft to deflect radar pulses away from the sender, rendering an object "invisible." But while these techniques may work against high-frequency radars, it does nothing against low-frequency devices.

"Every Battle of Britain radar would be able to see every stealth airplane today, loud and clear," Sprey says, describing how low-frequency radar was used during the 1940 air battle over the UK. "That’s the irony. Stealth is supposed to be the latest hook that obsoletes everything that came before it, but WWII radar sees it perfectly."

While the US military moved away from low-frequency radar after World War II, many of America’s adversaries did not.

"Other countries did not walk away from the long-wave [low-frequency] radar, [including] notably, Russia, which from World War II on to this day, and every generation, has produced radars of increasing sophistication and increasing ability in that range."

But the effectiveness of the F-35’s stealth may be immaterial, since the true goal of the program is to funnel government money to Lockheed Martin.

© Flickr / US Pacific Command
Heavy Price Tag Weighs Down F-22: Fighter’s Cost Might Be Too Stiff for USAF to Handle

The huge sums of money invested in projects also make it impossible to abandon programs, even after they have been deemed failures.

"The political difficulties of canceling the F-35 were designed into the airplane right at the start," Sprey says. "This is called political engineering. It’s part of every major new procurement in all our services. It’s enormously costly, unsafe, and an effectiveness-crushing practice that nobody is able to root out.

"So the question is, ‘Should the F-35 be canceled?’ Of course, it should have been canceled yesterday. Will it be canceled? No. Not until it becomes such a public disgrace because of crashes and failures in combat that the services will have to walk away in embarrassment."