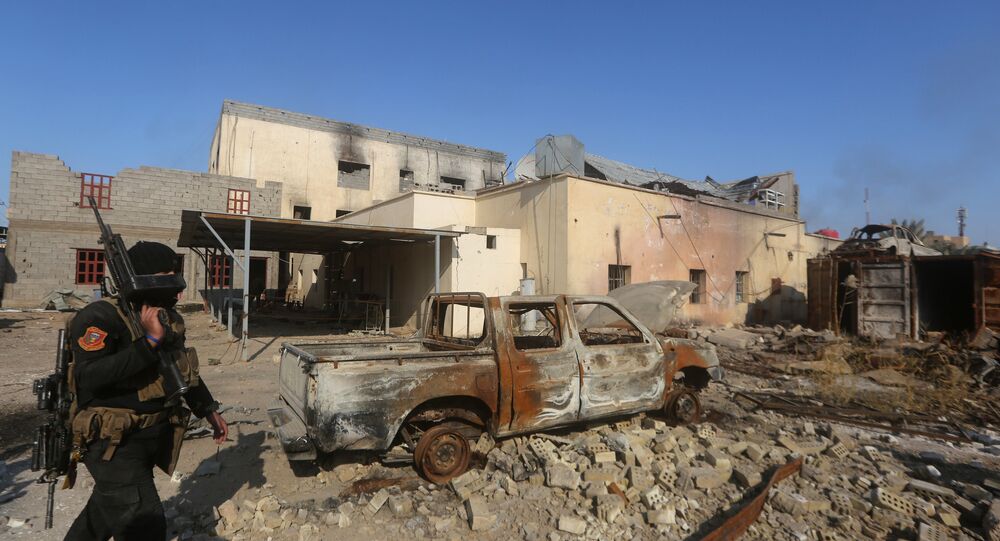 The recapture of Ramadi by the Iraqi Army dealt a major blow to Daesh, also known as ISIL/Islamic State, and the Obama administration is desperate to take credit for the victory as a means for justifying Washington’s failed anti-terror strategy.

In May, Daesh conquered the city of Ramadi, in the Anbar Province, using a wave of suicide bombs to defeat Iraq’s security forces. Earlier this week, the Iraqi Army retook the city.

In an email to the New York Times, US Secretary of State John Kerry said that the turn of events meant that "enemy forces have suffered a major defeat." US Defense Secretary Ashton Carter called the victory, "a significant step forward in the campaign to defeat this barbaric group." Landon Shroder, a US intelligence analyst, told the Times that the liberation of Ramadi is a "much-needed tactical victory."

But as US officials tout the successes of their own strategy in Iraq, they ignore the heavy costs of the operation.

"Everything about the recapture of Ramadi has been less than ideal," Jason Ditz writes for AntiWar, "from the seven months of trying to surround the city and huge death tolls to the PM’s helicopter getting shot at today after the city was already 'liberated,' it’s far from the poster-child for the US-backed counterattack."

The assault relied heavily on coalition airstrikes, and while these helped push out the extremists, they also caused massive devastation to the city’s infrastructure. According to Brig. Gen. Ahmed al-Belawi of the Iraqi security forces, over half of Ramadi’s buildings have been destroyed.

Speaking to the Associated Press, al-Belawi said that damage caused by US warplanes was more extensive than that done by Daesh.

"This approach has a very high cost in material damage and human casualties," Lina Khatib, a senior research associate at the Arab Reform Initiative, told AP. "To use the same approach everywhere in the region…the scale of damage would be immense."

There is little to indicate that Iraqi troops will be any more successful in maintaining control over the city now then they were in May.

"…ISIS still dominates the Anbar Province, and Iraqi forces clearly have designs on moving on from Ramadi to try to track other targets, raising the question of whether the Iraqi military will defend the city any better than they did last time," Ditz writes.

But with few other successes to point to in the region, US officials are desperate to paint Ramadi as a sign that its policies are working.

"That it’s being embraced so loudly by officials at all is a testament to how little they have to work with," Ditz writes, "despite White House claims of 'continued progress' on the war, the costly, tentative retaking of the city is one thing they can point to which at the very least isn’t a total fiasco yet."

As Khatib points out, even total success in Iraq would only solve half of the puzzle, and says nothing about the effectiveness for the Obama administration’s Syria policy.

"I expect that IS will continue to be weakened in Iraq," she told AP. "But this does not mean IS is weakened in general because it can still have a significant presence in Syria."

Pillar of Strength: Why Local Sunni Support Needed to Defeat Daesh in Iraq