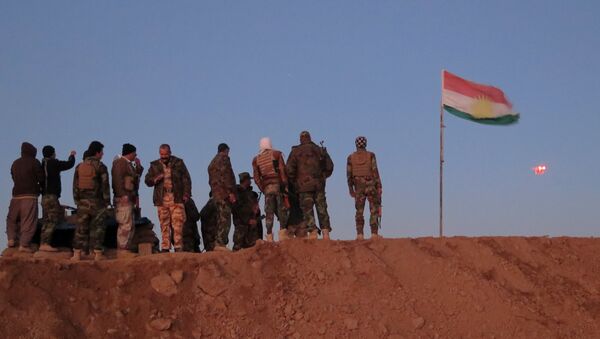 Some Western military experts and strategists have suggested dividing the Middle East across sectarian lines to create Sunni, Shiite and Kurdish mini-states in Iraq and Syria. This strategy is certainly bold but it will only make things worse, James Cogan wrote for Information Clearing House.

"The fact that American and European strategists are contemplating redrawing borders, entrenching sectarian and ethnic conflicts and, most likely, triggering new wars, is testimony to the sheer criminality of imperialist policy in the Middle East," he observed.

The case for dividing Iraq and Syria is based on an idea, which is dangerously appealing in its simplicity. Daesh is using ethnic and religious grievances in the Middle East to promote its own agenda. If the Sunnis, Shiites and Kurds are allowed to have their own nations, they (particularly the Sunnis) would supposedly be more than willing to launch a major offensive against the terrorist group and other rebel factions.

​The disenfranchisement of Sunni leaders after the US invasion of Iraq and the removal of Saddam Hussein from power has been typically offered as an example to support this logic. 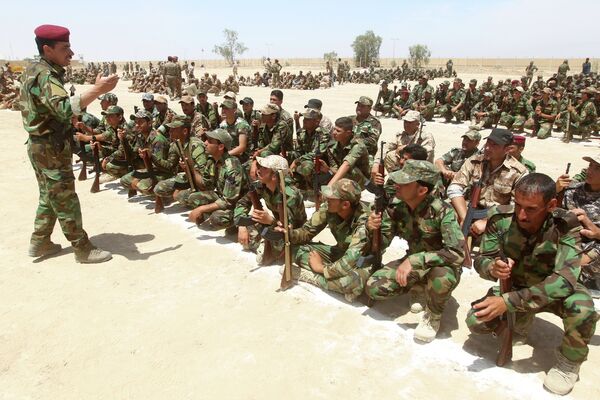 Iraqi Sunni volunteers from the Anbar province, who joined Iraq's Popular Mobilisation force as part of government efforts to make the fight against the Islamic State (IS) group a cross-sectarian drive, take part in their first training session at a training base in Amriyat al-Fallujah, on May 8, 2015
© AFP 2022 / AHMAD AL-RUBAYE

In mid 2000s, tribal leaders were instrumental in tackling the bloody Sunni insurgency but they received nothing from Baghdad as a thank you for their achievements. Unsurprisingly, they are reluctant to take on radical Sunnis this time around.

Pillar of Strength: Why Local Sunni Support Needed to Defeat Daesh in Iraq
This has prompted some to call for a partition of existing states in the Middle East.

"The only way to elicit indigenous support is by offering the Sunnis greater stakes in the outcome. That means proposing an independent Sunni state that would link Sunni-dominated territories on both sides of the border," political scientist Barak Mendelsohn urged in a recent edition of Foreign Affairs.

No matter how appealing this solution might look, it will not work.

"The divisions that were fomented by the US occupation in Iraq to weaken resistance, and then to provoke civil war in Syria against the Assad government, are already responsible for the deaths of hundreds of thousands and forcing millions in both countries to flee their homes," Cogan noted. 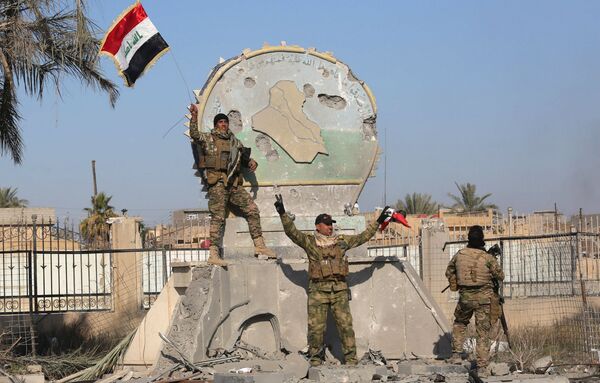 A member of the Iraqi security forces holds an Iraqi flag at a government complex in the city of Ramadi, December 28, 2015
© REUTERS / STR

War Enterprise: Why is US 'Aiding Daesh and Al-Qaeda'?
The analyst pointed to some disturbing recent developments that could cement the existing sectarian divisions.

The Iraqi city of Ramadi, according to Cogan, was liberated by local Sunni fighters, not Shia-dominated Baghdad-led forces. Tribal Sunni fighters are expected to focus on liberating the city of Fallujah and ultimately Mosul – the second largest city in the country, which has been under Daesh control since June 2014.

Cogan mentioned that Sunni fighters will likely retain control of Ramadi once it is fully freed. These policy decisions, if confirmed, "dovetail" with the idea that "the only way to maintain control over the oil-rich Middle East – after more than a decade of military setbacks and debacles for US policy – is the partition of Iraq and Syria into Sunni, Shiite and Kurdish mini-states," the analyst explained.