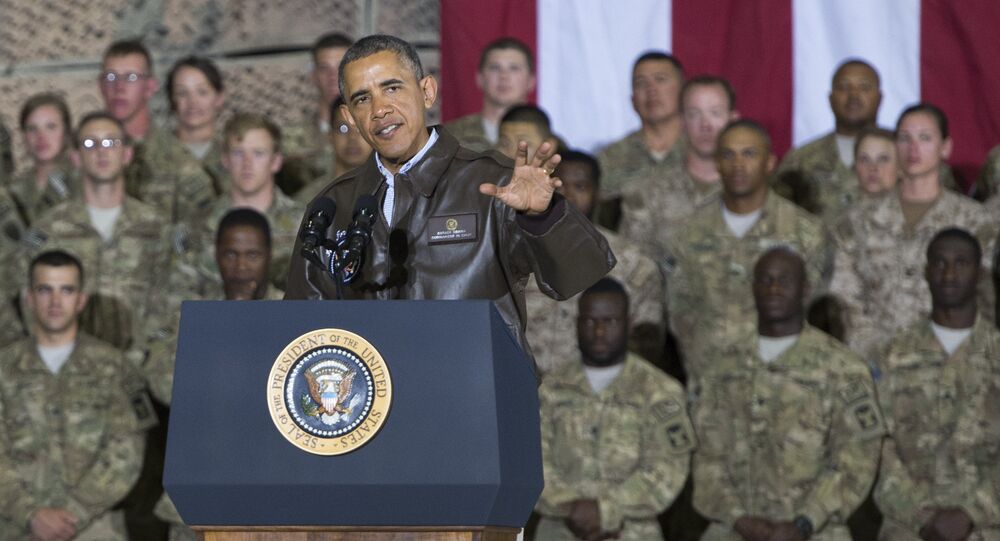 The Obama administration’s plan to send Special Forces into Syria may not be entirely legal, according to US law. But given the fact that the yearlong coalition air campaign was also never approved by the US Congress, Obama appears to be conducting the same type of aggressive military operations for which he criticized his predecessor.

According to the War Powers Act, the US Congress has 60 days to approve military action. The legislation is in place to prevent any single president from launching wars which may not be in the best interest of the American people.

© CC BY 2.0 / DVIDSHUB / Filling in the gaps: ‘America’s Battalion’ begins final pre-deployment training exercise
Unwelcome Guests: US Military Has No Legal Mandate to Act in Syria

The Obama administration launched the US-led bombing campaign to fight the self-proclaimed Islamic State terrorist group over a year ago. It never came up for a vote.

So while the air campaign may violate international law since it was not welcomed by the Syrian President Bashar al Assad, it also breaches the United States’ own rules about how to conduct combat.

The administration's announcement that it will place US boots on the ground in Syria will move forward in a similar fashion, and, paradoxically, even contradict the White House’s own previous support for Congressional authority.

Throughout the US-led campaign, a number of legislative committees have proposed Authorizations for the Use of Military Force (AUMF) against IS. While the Obama administration has carried on without Congressional approval, it has endorsed a select number of the AUMF proposals.

Following last week’s announcement, the Obama administration has come under fire for its decision, even from those within its own party. Virginia Senator Tim Kaine, who has been one of Obama’s closest allies in the past, came out as being firmly against new troop deployment.

"Many of the decisions they’ve made I strongly support," Kaine told reporters last week, "…but we are kind of going from crisis to crisis."

"We have been waging offensive war which has really been without legal justification," he added.

Syrian officials have also spoken out against the plan. In addition to the fact that Washington will operate without the authority of or coordination with the Syrian government, MP Sharif Shehadeh pointed out American hypocrisy in the decision.

"When America sends ground forces into Syrian territories without an agreement with the Syrian government it becomes an intervention and aggression," he told the Associated Press.

"Will America allow Russian ground forces to go into America without an agreement? I think the answer is no."

Obama’s plan calls for the sending of between 30 and 50 US Special Forces "advisers." Claims that the personnel will serve in a purely advisory capacity have already been called into question based on the combat role of similar forces in Iraq.

Washington has also insisted that its efforts will be focused against IS, and not the Syrian government, though the Obama administration has been adamant about its view that Assad must be removed from power.

Russian Operation in Syria 'in Line With International Law'

Kerry: US Plans to Coordinate Actions in Syria With Russia