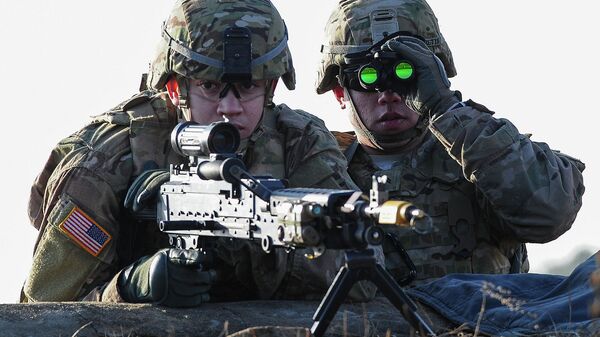 Senator Tim Kaine, a close ally to President Obama in the past, suddenly hammered him. The reasons are unknown, whereas the words senator used on Thursday against the White House are unusually strong.

Kaine, a Democratic senator representing Virginia, takes part in the Senate's Armed Services and Foreign Relations committees, and directed his fire against Obama during a Defense Writer's Group breakfast on Thursday for the second time recently, the Defense News reports.

Senator was one of the earliest supporters of Obama in his 2008 presidential campaign and even a rumored vice-president. Now, he suddenly criticized Obama, remembering everything he's done wrong so far.

"Many of the decisions they've made I strongly support <…> but we are kind of going from crisis to crisis," he told reporters.

Kaine reportedly said that the United States has been involved in combat since August 2014, when the country started launching air strikes against ISIL militants in the Middle East.

Sen. Tim #Kaine ~ "We're involved in a war (in Syria) that Congress hasn't debated," ___"and Congress is to blame." #usmission

"We have been waging offensive war which has really been without legal justification," senator said, simultaneously targeting the Senate, which he called "impotent" for not being able to figure out a decision around the authorization for the use of military force (AUMF).

@Morning_Joe @timkaine I agree with tim kaine in that military action in Syria should have been debated. Everyone from POTUS down to blame.

Senator stressed out that from his point of view the White House doesn't have a "cohesive strategy" in the Mideast. Kaine argued the use of multilateral approach — when several countries engage military targets in a joint effort — might not be always practical.

"I actually think multilateralism is a good thing, but as far as an overall strategy I find it kind of lacking," he said, according to The Defense News.

USA & the West hasn’t come up with a real strategy about what to do with respect to Syria. They all failed. Sen. Tim Kaine

"This guy is real pragmatic and very suspicious of ideologies and grand strategies because he thinks they're often wrong, and you really need to be focused on the facts on the ground," Kaine said, explaining such an approach of Barack Obama with his antipathy to ideological or theoretical thinking.

Among other, senator criticized Obama for not creating humanitarian zones in Syria, which might have helped avoid the ongoing refugee crisis.

“Let’s create a safe zone in Syria where people who want to be in their home country can return to live safely.” — Senator Tim Kaine

"The president has said his doctrine is ‘don't do stupid stuff.' That's not a big enough doctrine. <…> By not doing stupid stuff, you're often not doing stuff that is stupid not to do," he added.

Kaine's own vision of foreign policy is based on seeing the US as competing with democracies, authoritarian states and non-states. The first need to be supported, the second approached and the latter eliminated.

In his view, the United States should be cooperating with Russia in Syria, having a common goal of defeating ISIL on their minds.