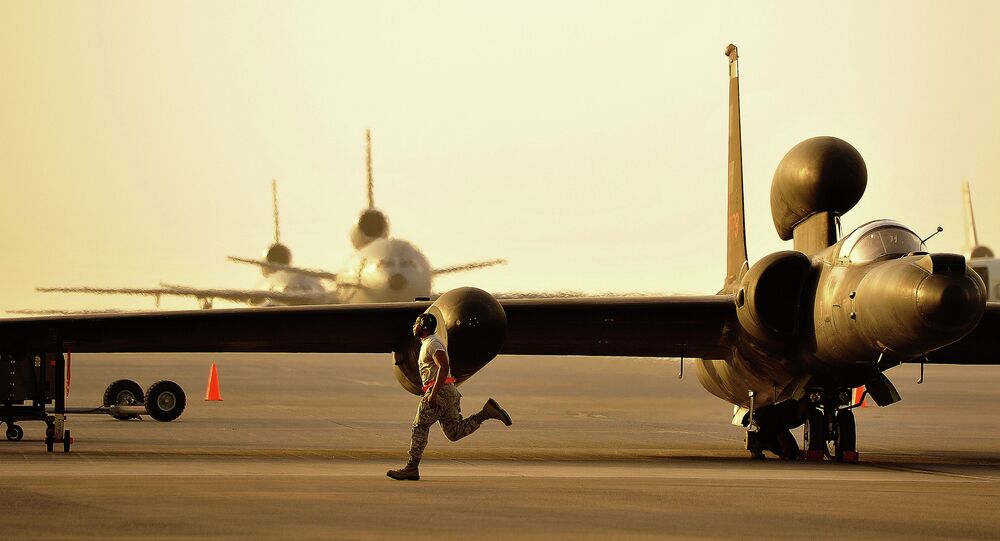 Rumors surfaced last month that a next-generation U-2 spy plane could be in the works for the US military. On Monday, defense contractor Lockheed Martin announced its own proposal for a high-altitude reconnaissance aircraft known as TR-X.

After being in service for over 50 years, the ultra-high altitude U-2 is set to go into retirement in 2019. While the Pentagon plans to fill the gap with a combination of the Global Hawk UAV, that aircraft has its limitations, and many defense experts speculated that a next-generation U-2 may be a solution.

Speaking during the Air Force Association’s conference on Monday, Scott Winstead, strategic business manager for the U-2 program, confirmed that Lockheed Martin is developing the TR-X. Intended to conduct intelligence operations at an altitude of 70,000 feet, the TR-X will look similar to the U-2, likely utilizing the same F118 engine.

Still, while appearances may be similar, the new aircraft will be outfitted with the latest in high-tech electronic warfare capabilities. The TR-X would likely include new sensor technology, as well as upgraded communication equipment which would allow it to coordinate with the latest fighter jets.

© Flickr / Kris Hunt
NATO Spy Plane Roamed Skies Over Siberia
Perhaps most importantly, the new aircraft will need to feature sophisticated stealth capabilities which would allow it to operate in contested airspace. While the U-2 relied on its ultra-high altitude as an insurance policy against defensive artillery, but that strategy wasn’t always reliable. A U-2 was shot down 1960 over Soviet territory, and again in 1962 during the Cuban Missile Crisis.

Adding stealth technology to the next-generation model would improve the plane’s ability to conduct surveillance covertly, but that has proven difficult in the past, as planes designed to fly at such high altitudes don’t lend themselves to stealth. Radar Absorbing Materials have been painted on U-2s in the past, but that technology is far from being 100% effective.

Still, despite Lockheed’s concept, Lt. Gen. Robert Otto, deputy chief of staff for the Intelligence, Surveillance and Reconnaissance Agency, told Defense News that this was not yet a done deal. With the U-2 still in service, as well as the Global Hawk, the Air Force’s budget is stretched fairly thin.

© Flickr / Samuel King Jr
Scary Duo: US in Fear of Russia, China to Crush on Its Stealth Aircraft

"Both U-2 and Global Hawk have legs well into the late 20s, I think you are into the 30s, maybe into the 40s in terms of how long those platforms could last before they are deemed not airworthy," Otto said.

"The issue for me is we don’t have the money to afford two high-altitude [Intelligence, Surveillance and Reconnaissance] platforms."

Lockheed is also reportedly developing an unmanned version of the SR-71 Blackbird. That aircraft would rely on hypersonic speeds to gather intelligence, fleeing contested airspace before it was even detected.