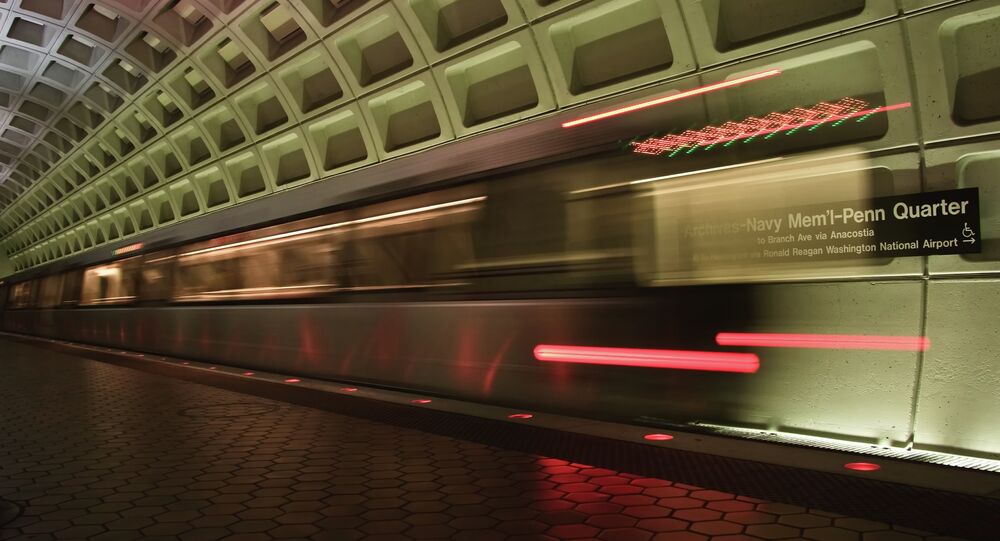 After hosting the "Draw Muhammad" contest in May, the American Freedom Defense Initiative (AFDI) is now moving to have the winning cartoon plastered around the US capital’s transportation system, according to the group’s co-founder.

Facebook Photo
FBI Identifies Both Gunmen in Mohammed Cartoon Exhibition Attack
The AFDI, a far-right anti-Muslim organization that describes itself as a “human rights advocacy” group, hosted a contest in Garland, Texas in early May, in which it offered a prize of $10,000 for the best caricature of the prophet Muhammad. The event was attacked by two shooters who were killed after injuring a security guard on the premises.

Critics had referred to the event as provocative, while the AFDI maintained that it was a necessary step in defending the First Amendment and the right to free speech. Now, in yet another supposed effort to further the fight for free expression, the group has submitted the contest’s winning cartoon to run as an advertisement in Washington, DC’s public transportation system.

AFDI President Pamela Gellar wrote on Breitbart.com that the new ad campaign will "defend freedom of speech and stand up to violent intimidation kicking off in the nation’s capital."

"Drawing Muhammad is not illegal under American law, but only under Islamic Law," she continued. "Violence that arises over the cartoons is solely the responsibility of the Islamic Jihadists who perpetrate it."

Illustrating the ad campaign as a turning point for the nation, Gellar added: "Either America will stand now against attempts to suppress the freedom of speech by violence, or will submit and give the violent the signal that we can be silenced by threats and murders."

Gellar additionally slammed the US media and "cultural and political elites," claiming they "self-enforce the Sharia [Islamic law] without the consent of the American people by refusing to show any depictions of Muhammad."

According to Gellar’s statement, the cartoon has been submitted to run on Metro buses, as well as several Metro subway stations in downtown DC.

While there has not yet been a response from DC’s Metro authorities, AFDI has in the past won several court cases forcing transportation authorities in Philadelphia and New York to run anti-Muslim ads.

In 2012, the group sponsored anti-Muslim and pro-Israeli ads that appeared in Washington, San Francisco, and New York public transportation systems. The campaign was criticized as bigoted and offensive by a number of groups, including the Jewish Council for Public Affairs and Rabbis for Human Rights, who later ran pro-Muslim ads in response.