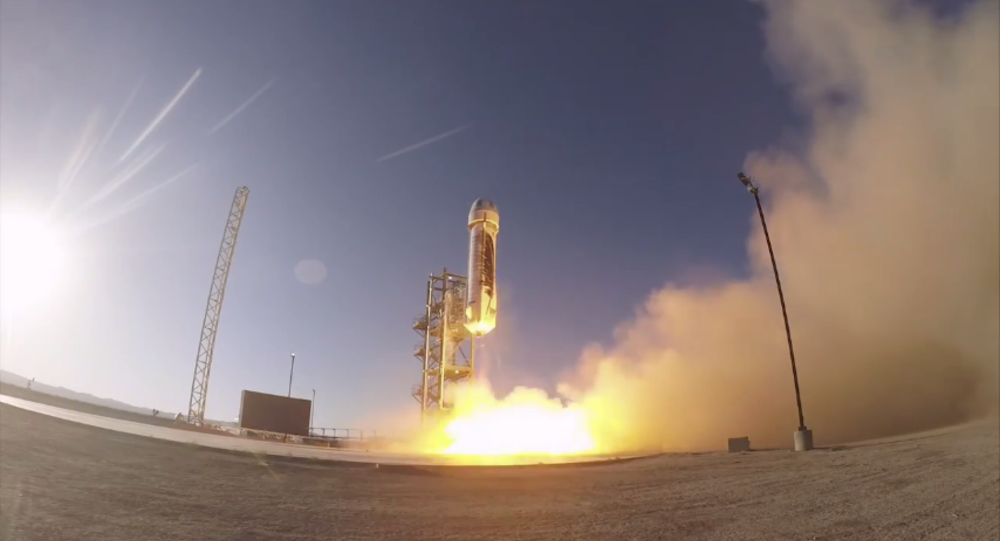 If you thought a drone delivery system was impressive – and maybe a little unrealistic – then you won’t believe Amazon CEO Jeff Bezos’ latest endeavor. The entrepreneur has now test-launched a suborbital rocket, taking the first steps toward commercial spaceflight.

You can call Amazon CEO Jeff Bezos many things, but unambitious is not one of them. Already the head of a company worth an estimated $90 billion which has revolutionized the way people shop, and he’s now trying to revolutionize delivery services with Amazon’s drone program. On top of that, he also bought the Washington Post, one of America’s oldest and most distinguished newspapers.

And then there’s Blue Origin, the human spaceflight company he founded in 2000. In the long-term, Bezos envisions "space hotels, amusement parks and colonies for 2 million or 3 million people who would be in orbit," according to the Miami Herald.

Lofty dreams, but on Thursday, Blue Origin announced it had made major strides. Its New Shepard suborbital spaceship launched from Texas on Wednesday. It rose 58 miles above the Earth before a capsule compartment separated from the rocket and successfully drifted back down via parachute.

For this flight, New Shepard was unmanned, but had anyone been on board, they would have been quite comfortable.

"Any astronauts on board would have had a very nice journey into space and a smooth return," Bezos said in a statement.

That compartment could conceivably carry three people into orbit, or a small payload. But while the compartment returned safely, the rocket was less successful.

"We lost pressure in our hydraulic system on descent," Bezos said. "Fortunately, we’ve already been in work for some time on an improved hydraulic system…We’ll be ready to fly again soon."

That booster will have to rebuilt before another launch can take place, and it represents a minor setback for the company, which hopes to incorporate reusable propulsion engines into its business plan.

The launch is the latest in what could be called the corporate space race. Many of today’s biggest entrepreneurs are investing in what could be the cash cow of the future. Richard Branson, founder of the Virgin Group, has launched Virgin Galactic, his own commercial spaceflight startup. Elon Musk, the wunderkind behind Tesla Motors and PayPal, has SpaceX.

And these billionaires are also competing against a number of smaller startups like XCOR Aerospace, all seeking a slice of the intergalactic pie.