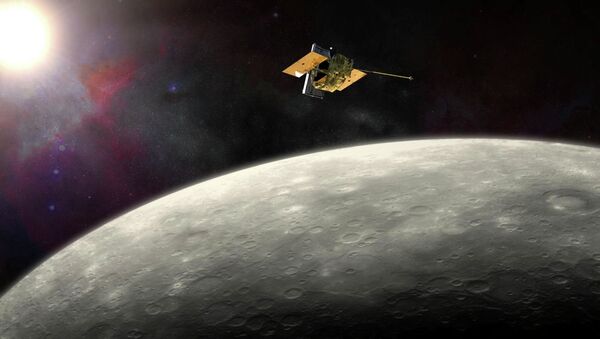 The spacecraft’s collision into Mercury was expected by scientists, who say that Messenger was already running out of fuel. Controllers had managed to buy the spacecraft a few more weeks by using helium gas, not initially intended to be used as fuel.

Without the fuel or helium, the spacecraft succumbed to gravity, and plunged into the planet at a speed of 8,750 mph – 12 times quicker than the speed of sound – adding a new crater the size of a tennis court on the planet’s surface.

Before the craft’s collision, the Messenger team made sure to say goodbye on Twitter first.

The spacecraft also sent a final picture before its collision.

Messenger, which is an abbreviation for MErcury Surface, Space Environment, Geochemistry and Ranging, became the first spacecraft to orbit Mercury in 2011. Until then, little was known about the hot planet. Since the beginning of its mission, the $450 million spacecraft orbited the planet 4,104 times and collected over 270,000 images of the planet’s surface to feed back to scientists on Earth, making it one of NASA’s most productive missions.

"For the first time in history we now have real knowledge about the planet Mercury that shows it to be a fascinating world as part of our diverse solar system," said NASA associate administrator John Grunsfeld.

"While spacecraft operations will end, we are celebrating Messenger as more than a successful mission. It’s the beginning of a long journey to analyze the data that reveals all the scientific mysteries of Mercury."

The images transmitted from Messenger show Mercury’s moon-like surface in unprecedented detail, revealing craters from asteroid and meteorite collisions.  The pictures also revealed the presence of ancient lava flows, which suggest that the planet may have had a large ocean of magma after its formation 4.5 billion years ago.

A joint European and Japanese team are planning the next mission to Mercury, but it is not expected to enter the planet’s orbit until 2024. In the meanwhile, NASA scientists will be busy enough working through the massive amounts of data sent back from Messenger, as they hope to uncover more about the planet closest to the sun.