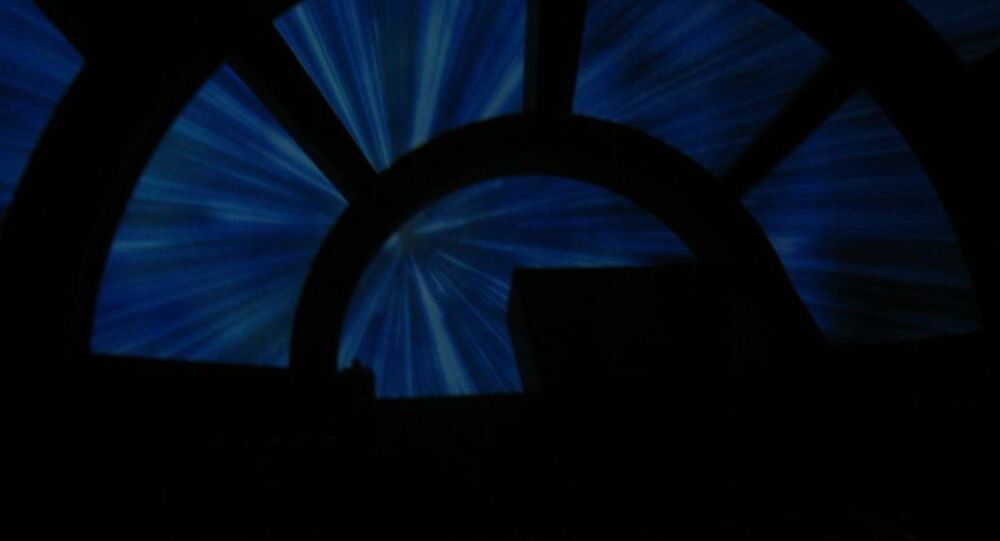 Space geeks are freaking out because NASA may have accidentally discovered a warp field, an avenue down which spaceships can travel faster than the speed of light – something that, to date, has only existed in science fiction.

Warp drive was long the stuff of Star Trek fantasy – “Warp speed, Mr. Sulu,” is the command often given by James Kirk, captain of the fictional Starship Enterprise.

But in the 1990s, physicist Miguel Alcubierre proposed the idea of a wave that would cause the space ahead of a spacecraft to contract, while the space behind it expands. This distortion would create a warp bubble, in which a ship would travel while itself remaining stationary.

The tremendous amount of energy required made it impossible to translate Alcubierre’s vision into reality, however.

Building on his predecessor’s theories, Harold “Sonny” White of NASA’s Johnson Space Center made alterations that would significantly reduce the energy needs.

Meanwhile, in the lab, NASA and other space programs were experimenting with the EmDrive, a thrust engine that would be able to move in space without the need for fuel.

According to posts on NASASpaceFlight.com, a website devoted to the engineering side of space news, when lasers were fired through the EmDrive’s resonance chamber, some of the beams appeared to travel faster than the speed of light.

If that’s true, it would mean that the EmDrive is producing a warp field or bubble.

Mysterious Universe pulled the following comment from a space forum after the tests:

© AP Photo / NASA/file
Dark Side of the Force: NASA Hopes to Unravel Secrets of Dark Energy

What’s more, the discovery was accidental, as this comment points out:

“Seems to have been an accidental connection. They were wondering where this ‘thrust’ might be coming from. One scientist proposed that maybe it’s a warp of the spacetime foam, which is causing the thrust.”

To prove that the warp effect was not caused by atmospheric heating, scientists will have to replicate the test in a vacuum. If the same results are achieved, it could mean that the EmDrive is producing a warp field, which could ultimately lead to the development of a warp drive.