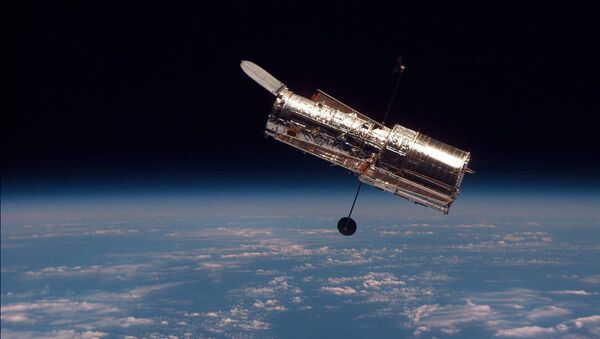 NASA is planning to start using two telescopes it has obtained from the National Reconnaissance Office (NRO) in 2012 in a mission called the Wide Field Infrared Survey Telescope-Astrophysics Focused Telescope Assets (WFIRST-AFTA), which is aimed at discovering the secrets of dark energy, a mysterious force said to account for 68.3 percent of the known universe.

After 2012 Close Call, Giant Asteroid on Collision Course With Earth Again
Dark energy is what keeps galaxies at a distance from each other, and works against the pull of gravity. Furthermore, according to some scientists, this mysterious energy is speeding up the expansion of the universe. Dark energy was discovered in the late 1990s and since then the task of learning more about the unexplained force has been considered a high priority issue.

"We have a goal of using these telescopes as is, and we do not have to make modifications, but we do have to resurface the mirror, as it's been sitting in storage. But we are going to use them as is and design the spacecraft and the instruments to take advantage of their properties," NASA's astrophysics head Paul Hertz told Space.com.

Scientists Detect Mysterious Gigantic Hole in Universe
The telescopes which NASA received from the NRO have the same resolution as the Hubble, but their field of view is considerably wider – almost 200 times than that of the Hubble Space Telescope.

The mission could be launched in 2024; however, NASA astronomers' must go through hoops to get final approval for the program. First they should formulate and send a request to the White House for the 2017 budget. Then, NASA's request would be considered by the US Congress.

However, David Spergel, a co-chair for WFIRST-AFTA's science-definition team, revealed that it was a piece of good luck that the telescopes, initially intended for a multi-billion-dollar mission called Future Imagery Architecture, were eventually distributed to NASA.

"With a more powerful telescope, you do more science," Spergel emphasized, adding that the program would also include the exploration of faraway exoplanets.

LIVE NOW from the @Newseum: The unveiling of the official #Hubble25 anniversary image. Watch: http://t.co/KX5g7yYnYG pic.twitter.com/A2Aupayz2r