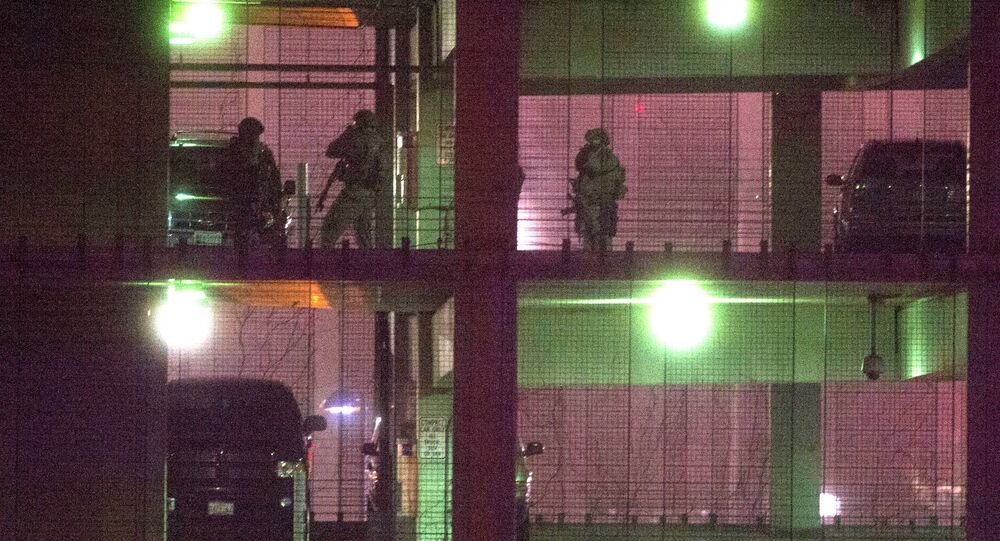 Guard Shot by Gunman at US Census Bureau Headquarters

A gunman who shot and reportedly killed a security guard outside the US Census Bureau headquarters in Maryland was in turn shot in the head by local law enforcement officers after a chase to Northeast DC and a shootout.

Prince George’s County fire department spokesman Mark Brady tweeted that an adult male between the ages of 25-30, who was stationed at the Census bureau’s main gate, was shot in his upper body and was in “extremely critical” condition at a nearby hospital.

Local media later reported that the guard died of his injuries.

The incident started around 6:30 PM, and while the suspect’s intentions were unclear, governments sources cited in the Washington Post said police told them the shooting was likely domestic in nature.

Following the shooting, the suspect, who police described as in his 40s, took off in a black car.

DC Metropolitan Police officials later saw a car matching the description of the alleged gunman’s vehicle on the 1100 Block of H Street, Northeast. The suspect exchanged fire with  police, shooting one in the leg, and was then shot by police.

Authorities initially reported the suspect was killed during the shootout, but later retracted that statement and said he had survived and was in custody.

At Least Two People Injured During Shootout in Central Brussels