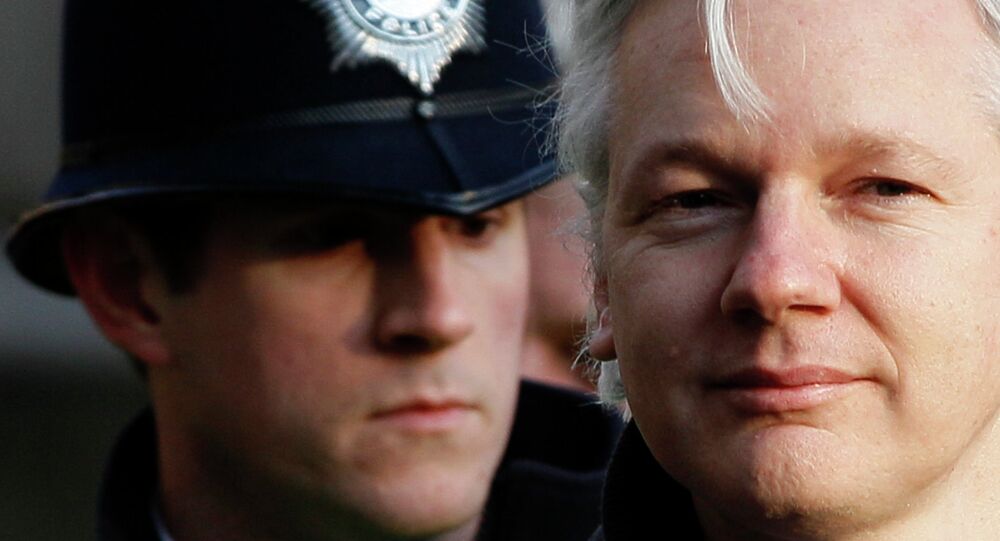 Assange, Manning Still Only Ones Imprisoned for Collateral Murder

April 5 marked the five-year anniversary of the release of the Collateral Murder video by WikiLeaks. The shocking footage showed the entire world the 2007 US Apache attack helicopter airstrike on Baghdad that killed 12 people - including two Reuters staff members - and injured two small children.

Ironically, the only ones imprisoned for the crime were those with the courage and compassion to attempt to bring the perpetrators to justice.

Assange took part in a Reddit AMA on Monday, along with journalist and Assange’s closest adviser Sarah Harrison, to discuss the many things the duo have been involved in.

The Collateral Murder video was part of a massive trove of confidential evidence of US wrong-doing, collected and released by whistleblowing army intelligence analyst Chelsea Manning, in an attempt to show the world the “true costs of war.”  The collection was deemed the largest release of confidential documents ever leaked to the public.

Manning equated actions she witnessed in the video to “children torturing ants with a magnifying glass,” except these ants were human beings, who simply happened to be in the wrong place at the wrong time.

Manning was charged with 22 offenses, including aiding the enemy, a charge that  could have lead her to death row over an act of conscience. She was ultimately acquitted of that charge, but was found guilty of 17 others, and is currently serving a 35-year sentence in a maximum security military prison.

Meanwhile, WikiLeaks editor-in-chief Julian Assange remains under investigation by the US government for publishing their criminal secrets, and has been granted political asylum by Ecuador. Unable to safely travel to South America, he has remained in the Ecuadorian Embassy in London since 2012.

The city has had officers from the Metropolitan Police Service continuously stationed outside the building, prepared to arrest him should he ever try to leave ever since.  The total cost for the first two years of this patrol has cost the city £6.5 million.

But an undeterred Assange has remained active even from inside the embassy. The publisher has continued to release information and has helped to raise money and support for political prisoners and whistleblowers through the Courage Foundation.  Manning has also been writing — and now tweeting — from prison.

During an AMA with Sarah Harrison, Renata Avila, Andy Müller-Maguhn of the Courage Foundation and Julian Assange on Reddit Monday evening, Reddit user Josiah_Bartlet1 asked Assange: “do you think that the work you have done will lead to a radical shift slowly in the government and society as we know it, or do you think the instruments of the government are enough to throttle any such efforts (based on your personal experiences)?”

Assange responded saying, “These are cascading effects with geometric amplifiers in both directions. It's hard to say, but at least we can say we fought and gave people a choice to know themselves and their civilization.”

Another user, Militaria, asked, “What would you say to people like my parents, who believe that leakers and whistleblowers are dangerous traitors who are supporting ‘the enemy?’”

“This propaganda happens a lot. What is very important here is to explain that throughout the whole of the Manning trial the US government was desperate to prove that some "harm" had come. In fact if could prove none. What did happen, is that the US troops began to withdraw from Iraq. What has happened since Snowden's revelations is that citizens around the world began to protect their communications. And still not one reported "harm". In fact we still get bombs by known person's of suspect. It is a matter of US interests the government is protecting, not US security,” Harrison responded.

“What legal protections would you recommend for intelligence whistleblowers?” another user asked.

“The reality of the situation is that alleged journalistic sources like Snowden and Manning will rarely, if ever, be fully protected regardless of domestic laws. At the very least all cases of whistleblowing, publishing and journalistic sources should have the ability to have a public interest defence. I think the real solutions in such cases will always rely on international measures though. However, these will always also still rely on the reality of international politics — few countries have the balls to stand up to the US,” Harrison wrote.

When asked what the average citizen can do to stop illegal breaches of individual privacy by the US government, Julian responded with, “Nothing. There's nothing you can do. As soon as you do something you'll no-longer be average. Do that. Don't be average.”

“How has Edward Snowden and Chelsea Manning's whistleblowing affected other potential whistleblowers? Do you get a sense that they are emboldened by their efforts, or more apprehensive after seeing the response to it?” user raihan42 asked.

“Edward Snowden has said that he was inspired by Chelsea Manning. The US government wanted to publicly destroy Manning, in a grotesque way, as a warning. They did not succeed but I realised we can do even better! This is part of the reason why we put a lot of resources and risk into getting Edward Snowden asylum. He is now mostly free, living a fulfilling life of respect, an inspirational symbol for whistleblowers world wide and not a general deterrent suffering in a US prison unable to defend himself or promote his cause in public,” Assange wrote.

“Obama and the US government generally have tried to offer each truthteller as an deterrent. Manning was sentenced to 35 years, Hammond to 10 years, Brown to 5 years, WikiLeaks secret Grand Jury is ongoing in its 5th year. Yet, their deterrent method is clearly failing. Snowden came forward,” Harrison continued. “I look forward to when the next truthteller comes forward. Courage is building the safety nets for when they do.”