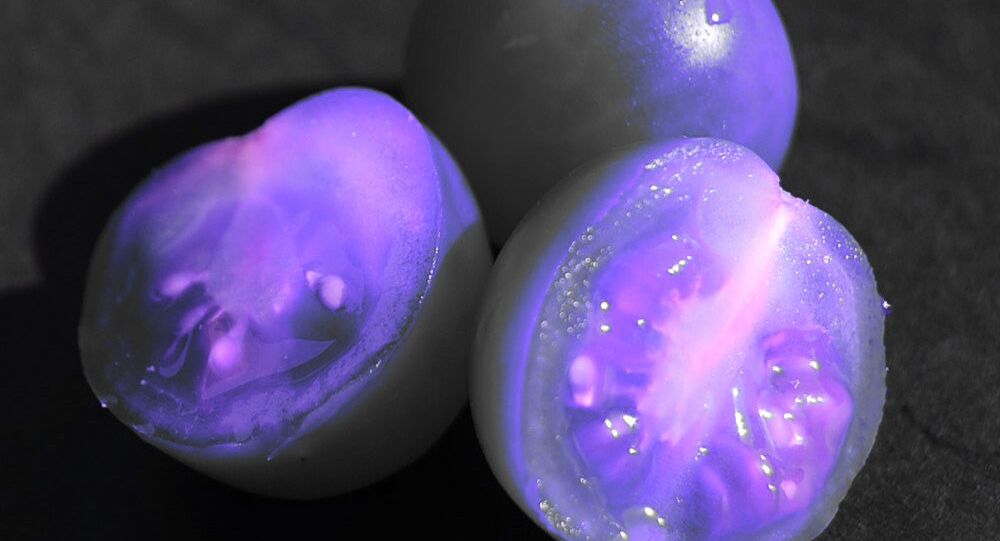 Ripe tomatoes are red, bananas are yellow, and blueberries are typically, almost always, blue. These are facts we can more or less depend on. But in the grocery stores of the not-too-distant future, shelves could be filled with rainbow-colored, disease-fighting produce, which leaves many GMO critics concerned.

We’ve all heard of the so-called “Frankenfish” salmon being bred in a secret lab in the Panamanian rainforest. Made by AquaBounty Technologies, the fish are engineered to grow faster, and were the first genetically modified food animal. This fish is currently awaiting approval by the Food and Drug Administration.

The bottom line is that there seems to be something inherently uncomfortable about genetic modification, to our person or our food. But in the coming years, the US government could approve a variety of fruits and vegetables which have been engineered to better serve the human body.

"I think once people see more of the benefits they will become more accepting of the technology," Michael Firko, who oversees the US Agriculture Department’s regulation of GMOs, told the Associated Press.

These benefits would be found in things like pink pineapples which have been engineered to contain high levels of lycopene, an antioxidant thought to prevent cancer. Imports of this GMO are currently awaiting FDA approval. Or purple tomatoes which have been infused with anthocyanins, compounds found to reduce the risk of cardiovascular disease and cancer.

The US has already approved a breed of potato which doesn’t bruise, as well as apples which have been engineered by Okanagan Specialty Fruits Inc. to not brown. That same company is also developing specially engineered peaches, cherries, and pears.

While that all sounds great, many critics still doubt the regulatory process around GMOs, and even the science which claims they’re no less safe than traditionally grown foods. Many say that modified foods should be labeled so that consumers can at least know what they’re eating.

They also point to problems in the regulatory process. For one, the Agriculture Department only regulates GMOs according to their intended use. For another, the Food and Drug Administration is largely toothless, given that its approval is voluntary, and focuses mainly on verifying health claims made by products.

Others note that many of these genetic changes can be achieved through more natural processes. Long before Gregor Mendel conducted his famous pea experiment, humans have cross-bred plants to achieve optimal conditions. But 19th century monks weren’t shooting gene blockers into mosquito larvae.

"Many of these things can be done through traditional breeding," Doug Gurian-Sherman of the advocacy group Center for Food Safety told the AP. "There needs to be skepticism."

Many major retailers have already expressed a reluctance to use GMO products. McDonald’s, easily one of the preeminent agricultural buyers in the country, has already stated that it has no "current plans" to use the bruise-proof potatoes.

How these new products are perceived by the public will have a huge impact on their sales. If people refuse to eat pink pineapples, no matter how healthy they promise to be, then they may have a limited shelf life.