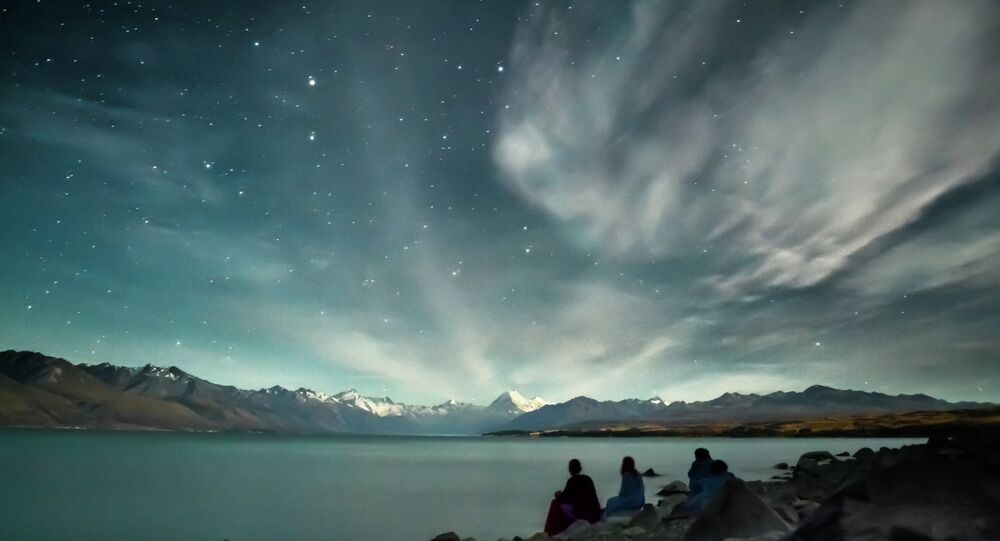 Have you ever wanted to write yourself into the history of the cosmos? Take part in the understanding of our last true frontier? Become a part humanity’s hunt for the secrets of that limitless void we call space? Good news: there’s an app for that.

A pair of scientists from the University of California, Irvine, are currently developing an app which can turn your smartphone into a cosmic ray detector.

It’s all part of an effort to better understand a highly elusive energy particle which was first detected in 1962. The particles are so rare that one may fall on any given square kilometer of earth only once in a 100 years. That makes them very hard to study.

But scientists desperately want to. The rays have an incredible high energy, too high for even the Large Hadron Collider in Switzerland to reproduce. That level of energy intensity points to something very strange out in the void.

"That means there’s something out there in space," Daniel Whiteson, one of the scientists, told NPR, "some unknown new object in space, that’s capable of generating particles at a very, very high energy."

So how does your iPhone fit into this? Smart phone cameras use something called CMOS chips. These are the same chips used to observe particles in the Large Hadron Collider. Whiteson, fellow scientist Michael Mulhearn, and Kyle Cranmer of New York University, hope to essentially turn any participating user into a walking particle detector, ready to capture that rare moments.

"So if we have a bunch of users nearby each other, all running the app, they will all see hits in their phone, they’ll see particles being detected by our app in their phone in the same moment," Whiteson says.

If it works, it’s a pretty revolutionary idea: crowdsourcing physics. A stationary lab would only have one chance every century to detect such a particle. But if enough people download the app, the particle would have no place to hide.

The scientists say they thought of the idea over a few drinks back in 2013.

"We were having beers and thinking [about] what could we do that’s smaller scale, that we can handle ourselves," Whiteson said. "And while we were chatting, we were, of course, fiddling with our smart phones, and that’s when we realized, 'Hold on a second, these smart phones can actually be used as particle detectors!'"

No word on when the app will be finished. Presumably, it will be free to users, since that will encourage more people to download the program.

"We don’t yet know if it’s the best idea we ever had, or the silliest idea that we ever had," Whiteson said. "But one thing we do know is, it’s one of the funnest to work on."

And it will go great with any Star Wars ringtones you may have already downloaded.