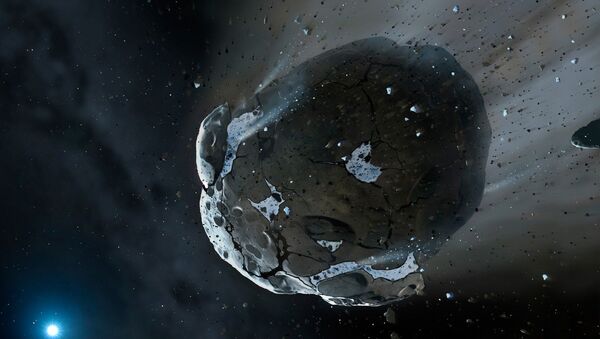 © East News / Photoshot/REPORTER
Subscribe
NASA will be launching a mission in 2020 that will involve grabbing a boulder from an asteroid and hauling it into the moon’s orbit for humans to inspect.

NASA’s Dawn Mission Arrives to Mysterious Dwarf Planet Ceres
It’s called the Asteroid Redirect Mission (AMR), and NASA plans to use it as a stepping stone and training mission to sending people to Mars. Estimated to cost over $1.25 billion, the mission will launch a solar-powered unmanned rocket to an asteroid in five years. The rocket will then circle the asteroid for roughly two years before using its robotic arms to pluck off a 13 foot boulder from its surface.

According to NASA associate administrator Robert Lightfoot, the rocket will have three to five opportunities to grab the boulder before it begins on its next journey to the Moon. The rocket will spend a number of years towing the boulder and parking it in a stable orbit around the Moon. The next phase will involve two astronauts flying to the mini-asteroid in 2025 using a giant rocket ship and the Orion crew capsule – the same spacecraft that would eventually bring humans to Mars – and dock with the robotic ship. The astronauts will make spacewalks, inspect the boulder, and bring back some sample for closer examination on Earth.

Three asteroids are being considered for the mission, and NASA is expected to make a final selection by 2019. The three candidates are Itokawa, Bennu, and 2008 EV5, a 13,00 foot rock that is larger than most asteroids near the Earth. 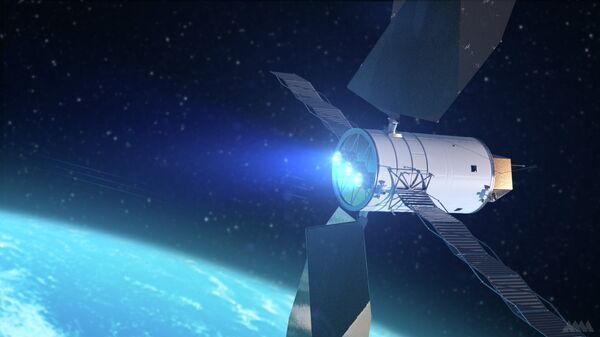 The plan to use a robotic spacecraft was chosen over another option that involved lassoing or using a giant bag to grab the whole asteroid and bring it near the Moon. NASA also considered sending astronauts directly to the asteroid, but ultimately chose against it, partly because the robotic spacecraft would test the technologies and techniques that needed for human landing on another planetary body, such as Mars.

Ultimately, the mission will "demonstrate the capabilities we’re going to need for further future human missions beyond low Earth orbit and then ultimately to Mars," said Lightfoot. "The option to retrieve a boulder from an asteroid will have a direct impact on planning for future human missions to deep space and begin a new era of spaceflight."

Close Call: Huge Asteroid Flies by Earth
Since asteroids are rocky and full of precious metal, ARM has several other benefits to NASA scientists. The samples collected from the boulder could provide a lot of new information about the formation of our solar system. According to NASA spokesman David Steitz, it may even help companies look at the idea of mining asteroids for precious metal.

Steitz added that ARM would also help with developing "planetary defense" techniques, in the event of a threatening asteroid headed Earth’s way. In that case, the robotic spacecraft would use a technique known as a "gravity tractor" in which it could throw off its path to Earth.

"Asteroids are a hot topic," NASA director of Planetary Science Jim Green said. "Not just because they could pose a threat to Earth, but also for their scientific value and NASA’s planned mission to one as a stepping stone to Mars."

On Friday, a 1,000 meter wide asteroid is expected to skim past Earth at 23,000 mph. The asteroid, named 2014-YB35, will be 2.8 million miles away. Although this puts YB35 11.7 times further away from the Moon, it will be close enough for NASA scientists at the Goldstone Observatory in California’s Mojave Desert to observe and study as it travels past the planet.