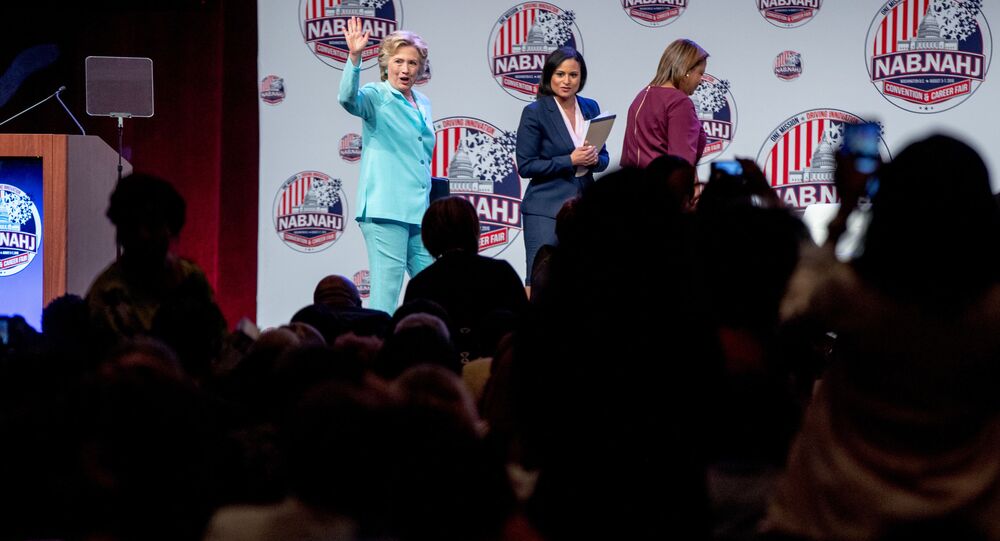 Who is Kristen Welker, Debate Moderator and the One Trump Calls 'Terrible & Unfair'?

With the second town-hall presidential debate cancelled and its supposed moderator Steve Scully suspended by his network C-Span over lying about his Twitter hack, all eyes now turn to the last televised battle between incumbent President Donald Trump and his Democrat challenger, the former vice-president Joe Biden.

President Donald Trump has already questioned the impartiality of the upcoming presidential debate that will be held in Nashville on 22 October, after calling its moderator, 44-year-old NBC journalist Kristen Welker, “terrible & unfair” and “just like most of the Fake News reporters”. The remark was made on Trump’s Twitter account as he commented on his son Donald Trump Jr.’s tweet that shared a recent article from the New York Post exposing the political links Welker’s family has with the Democrat Party.

​But do Trump and his supporters actually have good reason to question Welker’s fitness to take the moderator's place this Thursday?

Welker started her career at NBC at the age of 21 when she came to work as an intern for the Today show. She officially joined the network in 2005 and then moved to NBC News five years later as News West Coast correspondent. In 2011, the journalist became a part of the White House press corps representing NBC.

As Welker’s TV career was developing, her parents had shown themselves to be proud donors to Democrat party, contributing nearly $7,300 to the Democratic National Committee between 2004 and 2020, according to New York Post.

As such, the journalist’s parents, Harvey, a consulting engineer, and Julie, an estate agent in Philadelphia, have directly endorsed Barack Obama with $20,000 in contributions and donated around $2,100 to Hillary Clinton’s failed 2016 presidential campaign. According to the report, no less than $3,300 has already been invested by the Welkers in Joe Biden’s 2020 presidential efforts.

It may seem that Welker’s family investments have nothing to do with her own political affiliations. However, in 2012 the reporter and her family actually celebrated Christmas at the White House with then-president Barack Obama and his wife Michelle. Back in those years Kristen Welker was registered as a Democrat.

Tip-Offs to Clinton Campaign and Harsh Grilling of Trump

Welker’s present party affiliations have not been listed now, but the journalist has occasionally been seen in situations that many argue revealed her political preferences.

In March 2016, Welker was caught on camera giving a tip about the upcoming question to Hillary Clinton’s Communications Director Jennifer Palmieri in preparation for an interview after a Michigan debate. Welker, reporting for MSNBC, did not know she was already live at that time, with her “confusion” eventually raising questions about her impartiality, as Clinton was fighting for her nomination with Senator Bernie Sanders at that time.

After Republican President Donald Trump assumed his post at the White House, Welker emerged as one of those reporters who gave him a hard time during press conferences, especially in relation to the Russiagate hoax.

In January 2019, she famously attacked Trump with a “have you ever worked for Russia” line of questioning, while pressing the President over his alleged collaboration with Mike Flynn “to discuss sanctions with the Russian ambassador”. She was also one of Trump’s most vocal critics over the coronavirus and grilling the President about his lack of preparedness for the looming pandemic.

In November 2019, Welker was chosen as a moderator for Democrat presidential debate. Just a few months later, she joined a panel of NBC’s Weekend Today regular co-anchors, something she has even been congratulated for by Trump himself, who said that the channel’s made “a very wise decision” with their pick.

However, after it was announced by CPD in September that it is Welker who would be moderating the third presidential debate, Trump has apparently forgotten how greatly he admires the journalist, if his recent Twitter rant is anything to go by.

One of the latest developments that followed Welker’s confirmation as a moderator, was a deactivation of her Twitter profile in the wake of news that the account of the second debate’s moderator Steve Scully on the platform got hacked. It was later revealed that Scully actually lied about the hacking attack to hide the fact that it was he who reached out to the former White House communications director Anthony Scaramucci with tweets about Trump.

Scaramucci, who had previously worked as a White House staffer under the Trump administration, had since openly joined the opposing camp of Joe Biden. Scully, a confirmed moderator for the second matchup between presidential candidates, that was later cancelled, tweeted to Scaramucci on 8 October “should I respond to Trump”.

The question, addressed to one of Trump’s most steadfast critics, has raised eyebrows among American journalists and the public who wonder how objective he would be in the upcoming debate. The message was later deleted, as Scully suggested it was not he who had sent the tweet. The journalist later admitted that he had lied.

After the revelation, Scully was indefinitely suspended by C-Span, the network that had stood behind him during the scandal, claiming that the tweet did not start with him. Scully has been a part of C-Span for nearly 30 years.

Kristen Welker's account in the meantime has been back to normal now. But the move has raised some questions among observers over the moderator’s potential attempts to make her previous political views and statements unreachable.

In a recent tweet slamming Welker’s upcoming role as a moderator, Trump also did not miss an opportunity to link news about the journalist’s affiliations with controversy surrounding the previous moderator by jokingly asking his followers “How’s Steve Scully doing?”