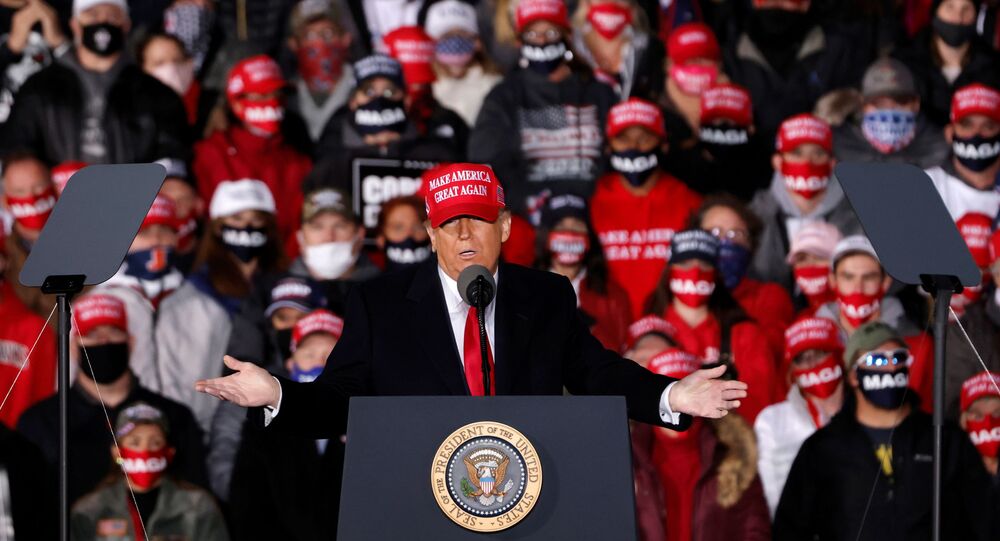 The next and final presidential debate during the United States presidential race between incumbent Donald Trump and former Vice President Joe Biden will take place on 23 October. Trump has already criticised host Kristen Welker for her reported past political leanings.

US President Donald Trump has hit out against final debate moderator Kristen Welker, describing her as “extraordinarily unfair” following a report by the New York Post regarding alleged family ties to the Democrats.

“She’s always been terrible & unfair, just like most of the Fake News reporters, but I’ll still play the game”, the commander in chief tweeted Saturday.

“The people know! How’s Steve Scully doing?” he asked, in response to the initial tweet by son Donald Jr, referencing the suspension of a C-SPAN political editor who was suspended after lying about being a "never Trumper".

“We have another one of them coming up next week”, he said, before naming the NBC News White House correspondent.

“I’ve known her for a long time, she’s extraordinarily unfair but that’s all right”, the president said while addressing the crowd.

He also made reference to Welker’s Twitter account being taken down on Friday, before reappearing the following day, suggesting it was done to avoid a Scully scandal repeat.

“She deleted her entire account. I wonder why? I can’t imagine”, he said.

According to an NBC statement to the Daily Mail, the temporary freeze of her account took place in order to make sure it was secure.

“She consulted internally, made sure there was two-factor authentication and turned it back on”, a spokesperson said.

​On Saturday, the New York Post reported on Welker's previous voter registration as a Democrat and how her family gave donations in the thousands to the party. The Welker family also celebrated Christmas at the White House with the Obamas in 2012.

Despite the reports, an NBC spokesperson spoke to Politico claiming that Welker had no party affiliation since her voter registration in Washington, D.C., in 2012.

Politico reported that the spokesperson highlighted comments made earlier in October by Trump campaign adviser Jason Miller describing the White House correspondent as “very fair” and “a very good choice” to moderate the presidential debate moderator.

President Trump has repeatedly accused debate hosts of being biased against him and in favour of his opponent, former Vice President Joe Biden.

Following the first debate on 29 September, Trump tweeted a picture suggesting that he had to face both Biden and host Chris Wallace as an opponent.