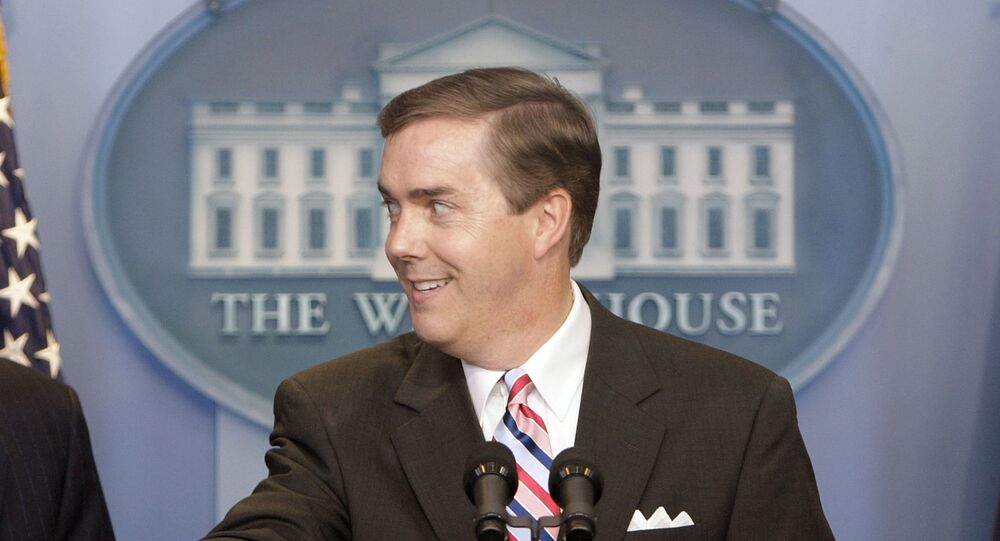 Scully, who was supposed to moderate the now-scrapped second presidential debate between US President Donald Trump and Democratic nominee Joe Biden, recently admitted to the network that his October 8 tweet, which read ”@Scaramucci should I respond to trump,” was in fact released by him. Scaramucci, once one of Trump’s most outspoken supporters, has since become one of the president’s most public critics.

​“For several weeks, I was subjected to relentless criticism on social media and in conservative media outlets regarding my role as moderator for the second presidential debate including attacks aimed directly at my family. This culminated on Thursday, October 8 when I heard President Trump go on national television twice and falsely attack me by name,” Scully said in a statement released by C-SPAN.

“Out of frustration, I sent a brief tweet addressed to Anthony Scaramucci. The next morning when I saw that this tweet had created a new controversy, I falsely claimed that my Twitter account had been hacked,” Scully continued, admitting total responsibility for his behavior.

​He also asked for forgiveness from his professional colleagues in the media and at C-SPAN, where he has worked for the past 30 years.

C-SPAN also released its own statement Thursday confirming that Scully, who has presided over C-SPAN’s presidential coverage since 1992, made the network aware of this new information on Wednesday.

“We were very saddened by this news and do not condone his actions,” the network commented.

“During his 30 years at C-SPAN, Steve consistently demonstrated his fairness and professionalism as a journalist … Starting immediately, we have placed Steve on administrative leave. After some distance from his episode, we believe in his ability to continue to contribute to C-SPAN,” the network added.

Trump weighed in on the latest development in a Thursday tweet, stating that Scully’s admission of guilt reveals that the debate was “rigged.”

“I was right again! Steve Scully just admitted he was lying about his Twitter being hacked. The Debate was Rigged! He was suspended from @cspan indefinitely. The Trump Campaign was not treated fairly by the ‘Commission’. Did I show good instincts in being the first to know?” Trump tweeted.

​According to a report by the Sun, citing a biography published by George Washington University, Scully served as an intern for Biden for one month in 1978 when Biden was a US senator for Delaware.

Did Pence or Harris Accomplish Their Goals at Vice-Presidential Debate?

How US Presidential Debates Originated & Became Integral to Election Process