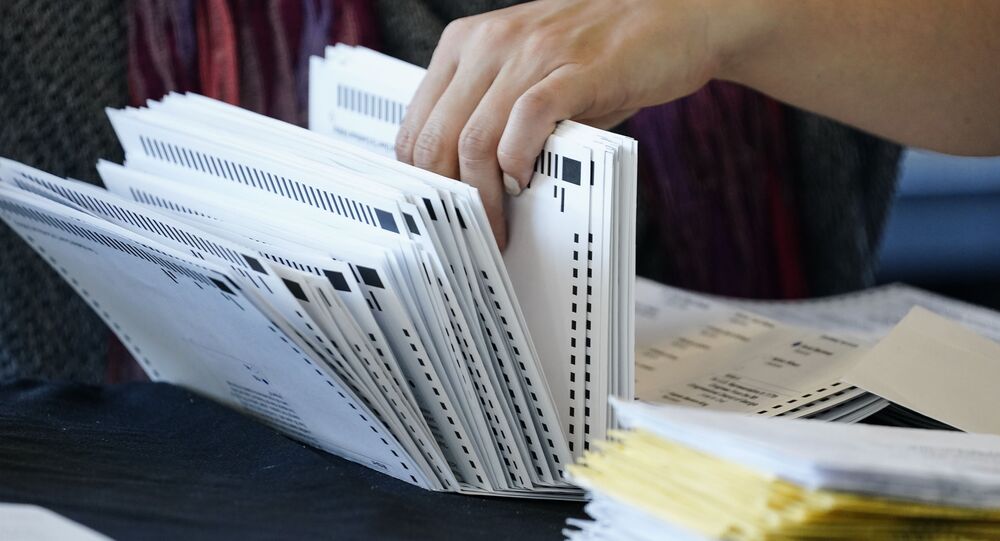 A postal worker “whistleblower” who earlier made claims of ballot tampering during the recent presidential elections in the US has reportedly recanted his story.

According to Democrats on the House oversight committee, Richard Hopkins, who earlier claimed in a signed affidavit that a supervisor at the US Postal Service (USPS) in Erie, Pennsylvania, had ordered staff to backdate ballots that arrived late, recanted his allegations in an interview with investigators from the USPS Inspector General.

BREAKING NEWS: Erie, Pa. #USPS whistleblower completely RECANTED his allegations of a supervisor tampering with mail-in ballots after being questioned by investigators, according to IG.

​Furthermore, The Washington Post, citing three officials, reported that Hopkins admitted to having fabricated the claims.

However, in a YouTube video posted by Project Veritas late on Tuesday, Hopkins urged the Post to “recant” their report and said “that is not what happened”.

James O’Keefe of Project Veritas claimed federal agents had violated Hopkins’ rights through “coercion”, and added that Hopkins had reportedly tried to unsuccessfully contact Washington Post reporters to include the statement that he hadn't recanted.

O’Keefe also tweeted to hint that more information was forthcoming and “tapes were imminent”.

Agent Strasser: “I am trying to twist you a little bit”

“I am scaring you here”...” we have Senators involved...DOJ involved...reason they called me is to try to harness.” pic.twitter.com/tK2JPu6Wqm

While state legislation envisages that mail-in ballots should be postmarked by Election Day, 3 November, in order to be considered valid and counted, Pennsylvania-based US Postal Service employee Richard Hopkins earlier came forward to allege that he had overheard the Postmaster instructing postal service workers to collect late ballots.

The move was carried out with the purported aim of backdating them to certify them for tabulation. Hopkins signed a sworn affidavit, with the aid of James O’Keefe’s Project Veritas, making the claim.

Hopkins' claims followed an anonymous USPS insider from Barlow Branch, Michigan telling O'Keefe that local mail carriers were allegedly instructed by their supervisor to separate incoming ballots arriving later than Election Day to be then hand-stamped with "3 November".

The allegations of tampering with the vote count were seized upon by the Trump campaign, with GOP allies sending a letter to United States Attorney General William Barr urging an investigation.

The move, however, was perceived as a show of support for Donald Trump, and drew criticism from current and former US Department of Justice (DoJ) officials, with top justice department official in charge of voter fraud investigations, Richard Pilger, resigning.

Pilger emphasised in a statement that throughout the last 40 years, the Justice Department had adopted a policy of non-intervention in elections. Criminal investigations had only been launched after contests were certified and completed, he said.

Earlier Donald Trump had tweeted about alleged count irregularities in several battleground states, including Pennsylvania, Michigan, Wisconsin, and Georgia, which he claimed had prevented him from securing victory.

Trump had also slammed a court decision to allow Pennsylvania election officials to count ballots postmarked on 3 November and received several days later as “a very dangerous one".

© AP Photo / Rebecca Blackwell
A newspaper from Thursday, Nov. 5 sits in a street box outside the Pennsylvania Convention Center in Philadelphia, where a handful of supporters of President Donald Trump continue to protest Monday, Nov. 9, 2020, two days after the election was called for Democrat Joe Biden.

Democratic candidate Joe Biden has now been declared a president-elect by major US media outlets, and has already been congratulated by some world leaders, including Canadian Prime Minister Justin Trudeau and French President Emmanuel Macron. He is currently in the process of preparing for the transition from the Trump administration, despite the president’s refusal to recognise results in some swing states.

Donald Trump’s campaign has launched several legal challenges against the election results in a number of key swing states, disputing “illegal” ballots cast after the election deadline and denouncing lack of transparency over vote counting.