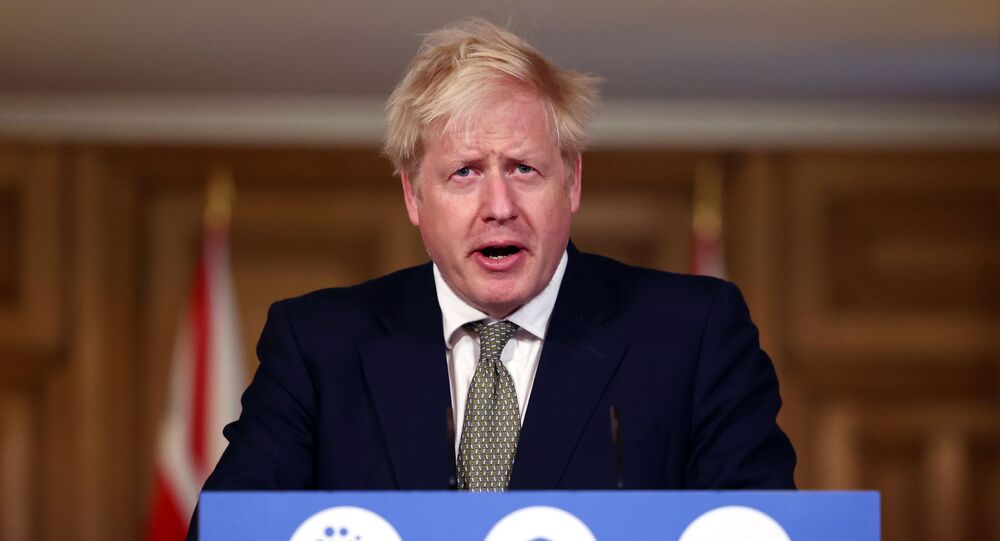 Amid a relationship already marred by Joe Biden’s scepticism towards the British prime minister, a name gaffe in Boris Johnson’s congratulatory tweet to the presumed Democratic President-elect at No 10 had earlier seemed to suggest that Downing Street was gearing up for the possibility of congratulating Donald Trump following his re-election.

Boris Johnson has revealed he was one of the first world leaders to speak to purported US president-elect Joe Biden on Tuesday afternoon.

The UK PM tweeted that he had conferred his desire to strengthen the partnership between the two countries and working on “shared priorities”.

I just spoke to @JoeBiden to congratulate him on his election. I look forward to strengthening the partnership between our countries and to working with him on our shared priorities – from tackling climate change, to promoting democracy and building back better from the pandemic.

​Joe Biden phoned the UK PM at 4pm for a 25-minute chat, reported The Sun.

According to Boris Johnson’s aides, the phone call with the presumed incoming President was “warm”, focusing on the coronavirus pandemic and climate change, despite sources claiming Joe Biden raised “concerns” about Brexit, ostensibly underscoring it threatens peace in Northern Ireland.

“They talked about the importance of implementing Brexit in such a way that upholds the Good Friday Agreement, and the PM assured the President-elect that would be the case,” a No 10 source is cited as saying.

The outlet adds that Johnson is believed to be the second world leader after Canada's Prime Minister Justin Trudeau to converse with Biden, who has already signalled that he is beginning the process of forming a transition team ready to take over the running of the US in January 2021, even if Republican President Donald Trump hasn't conceded his loss by then.

I just spoke with @JoeBiden, and congratulated him again on his election. We’ve worked with each other before, and we’re ready to pick up on that work and tackle the challenges and opportunities facing our two countries - including climate change and COVID-19. pic.twitter.com/wldIwLSz5H

​Johnson was, accordingly, said to have been ahead of his European rivals French President Emmanuel Macron and German Chancellor Angela Merkel in offering Biden his official verbal congratulations in the perceived election triumph.

This comes just hours after an embarrassing gaffe by No 10 in an earlier tweet congratulating Joe Biden.
Earlier, the PM had tweeted a white-on-black graphic image a few hours after major US media outlets declared Biden the winner of the US presidential elections.

The tweet addressed to Biden and his running mate Kamala Harris seemed to reveal that Downing Street could have anticipated until the very last moment that Donald Trump would win re-election.

somewhat unbelievably, there really is a hidden message congratulating Trump just about visible underneath the graphic Boris Johnson tweeted congratulating Biden on his win. I have no idea why Downing Street just didn't start a new image, or why they are so bad at Photoshop pic.twitter.com/RLY0SV0680

​As the message congratulates the projected president-elect on winning the presidency and Harris “on her historic achievement”, it also features the barely visible words “Trump on”.

Also, in the part which reads “the US is our most important ally and I look forward to working closely together”, the words “second term” could be discerned. First reported on by the Guido Fawkes blog, media reports subsequently suggested the awkward blunder was an indicator that No 10 was looking ahead to the possibility of congratulating Donald Trump on re-election.

It is still not clear whether the message was assembled before or after Joe Biden was projected to win the count in key battleground states, albeit by a slim margin.

A UK government spokesman later dismissed the visual controversy as no more than a technical glitch, saying that two statements had been prepared in advance “for the outcome of this closely contested election”.

“A technical error meant that parts of the alternative message were embedded in the background of the graphic,” the spokesperson was quoted by The Guardian as saying.

‘More that Unites than Divides’

Conservative Party leader Boris Johnson, who has lavished praise on Donald Trump’s handling of the US economy, saying that he has "many, many good qualities", has widely been by critics as a copy of the Republican leader, who has referred to Johnson approvingly as “Britain Trump”.

Meanwhile, the relationship between Boris Johnson and Joe Biden, who has Irish roots, has given rise to speculations.

Biden previously called Johnson a “physical and emotional clone of Donald Trump”, while voicing negative views on the UK’s plans to renege on parts of its withdrawal agreement with the EU in new Brexit legislation by passing the Internal Markets Bill concerning goods travelling from Britain to Northern Ireland, unless a deal is reached with the bloc.

Biden allies, including a former aide to ex-president Barack Obama, have been disparaging about the UK prime minister, and reportedly have not forgotten Johnson’s remarks in 2016, when he was outgoing Mayor of London.

Writing a column for The Sun newspaper, Johnson had recounted a story about a bust of Winston Churchill purportedly being removed from White House.

Nevertheless, Downing Street has emphasised that Johnson and Biden have much in common, in particular a commitment to tackling the issue of climate change.

While Donald Trump has vehemently dismissed the threats purportedly posed by a changing climate and pulled the US out of the Paris climate accord, Biden has vowed to reverse this move.

Earlier, on Sunday, Boris Johnson said there was "more that unites than divides" him and Joe Biden.

In an interview for The Associated Press at 10 Downing St. Johnson pledged to work together with Biden to defend "common values and interests".