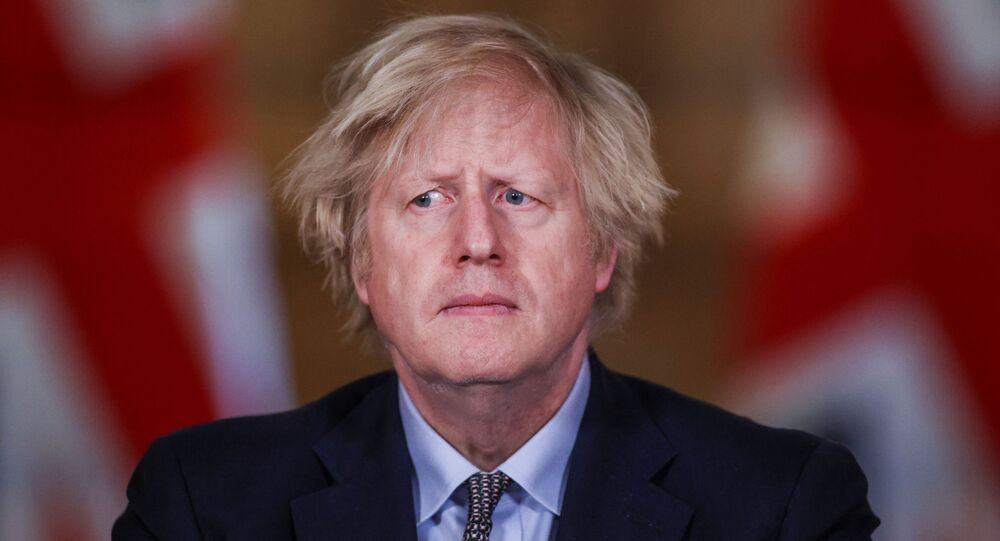 The greatest source of tensions since Britain completely exited the European bloc post-Brexit has been the Irish Sea border, under the so-called Northern Ireland Protocol, which introduced checks on goods crossing the Irish Sea as a compromise measure to dodge a hard border with the Republic of Ireland.

Boris Johnson has threatened to take action on the Northern Ireland Protocol (NIP) if the EU persists in being "very dogmatic" regarding changes to certain what he called “absurd” aspects of the post-Brexit trading arrangements.

As Britain and the European bloc continue negotiations on how to improve the Northern Ireland Protocol, which has triggered post-Brexit trade checks, resulted in disruption at ports and stirred up community tensions in Northern Ireland, Johnson insisted the government was currently working on “sandpapering” the Protocol, as he spoke on BBC NI’s Spotlight programme.

Northern Ireland at 100 – Mark Devenport tracks our contentious past and uncertain future.

Spotlight: A Contested Centenary – a special showing at the earlier time of 9.00pm, Tuesday, BBC One Northern Ireland.#SpotlightNI pic.twitter.com/umjRIep9Rj

Addressing some of the concerns about trade disruption caused by post-Brexit trading arrangements, Johnson said in the programme, as quoted by the BBC:

“What we’re doing is removing what I think of as the unnecessary protuberances and barriers that have that grown up, we’re getting the barnacles off the thing and sandpapering it into shape.”

The Prime Minister added that if Brussels stance prevented the UK from making “enough progress” on eliminating absurd issues, like when “you can’t bring in rose bushes with British soil into Northern Ireland”, further steps would be resorted to.

Emphasizing that the EU Withdrawal Agreement specifically mentions Northern Ireland's integral place in Britain’s internal market, Johnson insisted that if he concluded the Irish Sea trade checks were not working to the benefit of UK interests, he would invoke Article 16. The latter mechanism allows either London or Brussels to temporarily suspend the protocol.

Also weighing in on the situation regarding the NIP, Micheál Martin – the prime minister and head of the government of Ireland – rejected the suggestion that the protocol posed a threat to the integrity of the UK.

“The Protocol is not tearing the United Kingdom apart, that’s just an overly dramatic presentation of it in our view,” he said on the programme, adding:

The NIP was conceived by London and Brussels as part of the EU Withdrawal Agreement and designed to prevent a land border between the Republic of Ireland (remaining in the EU) and Northern Ireland (in the UK).

Throughout Brexit negotiations, the sides involved had agreed that protecting the Northern Ireland peace deal (the Good Friday agreement) was an absolute priority.

As a compromise measure, the EU and the UK negotiated the Northern Ireland Protocol, which came into force on 1 January 2021 and introduced regulatory checks and inspections on certain agri-food goods crossing the Irish Sea into the region from the rest of the UK.

The new arrangements have generated a degree of disruption to trade since the start of the year, as firms struggled to embrace new processes.

© AP Photo / Liam McBurney
A member of the Northern Ireland Fire and Rescue Service (NIFRS) extinguishes a digger which has been set alight close to the Loyalist Nelson Drive Estate in the Waterside area of Londonderry in Northern Ireland, Monday, April 5, 2021

Meanwhile, tensions have flared in Northern Ireland, as unionists denounce the newly-installed procedures as creating an Irish Sea border between Northern Ireland and the rest of the UK which threatens the Union.

The NIP has been named as one of the underlying factors behind the recent upsurge in violence in loyalist areas.

To address the contentious issues and ostensibly avoid food shortages, the UK Government unilaterally decided to extend post-Brexit grace periods on certain trade checks in Northern Ireland on 3 March until October. The move effectively delayed the Northern Ireland protocol’s full implementation in relation to EU food safety requirements. Checks on certain products coming to the island from Great Britain were scheduled to come into effect on 1 April.

The move angered Brussels, with Vice President Maros Sefcovic slamming the UK’s decision as “a violation” of the Northern Ireland Protocol.

The commission embarked upon a double legal action as sent a “letter of formal notice” to the UK government on 15 March, saying that the country has breached the protocol. The move could potentially lead to a litigation process in the European Court of Justice.

A second letter sent directly to Minister of State at the Cabinet Office David Frost urged London "to rectify and refrain from putting into practice" the extension of the grace period.

“In line with precedent that typically allows two mths to respond to proceedings of this kind, we have agreed with the EU that we will respond to the Letter of Formal Notice by mid-May

​Brussels gave the UK a month to react to these letters, with Frost subsequently requesting that the country be given until mid-May to offer a response.