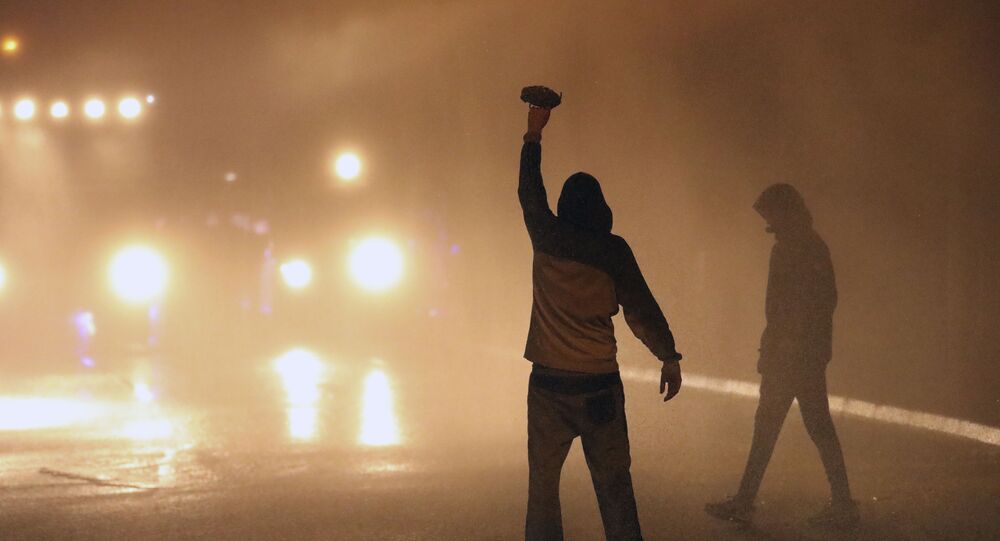 The Republic of Ireland’s Prime Minister Micheal Martin warned on Friday that Northern Ireland should not “spiral back to that dark place of sectarian murders” over recent clashes in the country powered by loyalists’ disagreement with restrictions imposed by the Brexit agreement.

London is pondering the idea of holding intergovernmental talks with Dublin and discussing how tension in Northern Ireland can be dealt with, the Times reports.

According to the report, the Republic of Ireland is willing to hold a conference on the issue in Northern Ireland but Downing Street has its concerns that the move would only infuriate unionists and cause even more clashes in the country, which has been hit by violence in recent weeks.

Boris Johnson is also reportedly mulling the possibility of travelling to Norther Ireland, but the visit is not expected to take place until at least 17 April, when the national mourning over Prince Philip’s death ends.

On Friday, 14 police officers were injured and a stolen car was set on fire during rioting in Belfast, that led to arrest of three boys aged 14.

© AP Photo / Peter Morrison
Police block a road near the Peace Wall in West Belfast, Northern Ireland, Thursday, April 8, 2021. Authorities in Northern Ireland sought to restore calm Thursday after Protestant and Catholic youths in Belfast hurled bricks, fireworks and gasoline bombs at police and each other

Several days before, a group of protesters hijacked a double-decker bus and set it on fire in the country’s capital over growing dissatisfaction among unionists with checks and restrictions imposed by the Brexit agreement in the Irish Sea and Belfast’s failure to punish opposition Sinn Fein politicians for attending a mass funeral in violation of COVID restrictions.

Overall, over 80 police officers have suffered injuries from thrown bricks and petrol bombs in the past weeks following the escalation of sectarian violence across the country involving both loyalists and nationalists. Some children involved in the clashes are said to be as young as 12 years old.

Northern Ireland’s children’s commissioner, Koulla Yiasouma, told BBC Radio 4 that some “vulnerable and at-risk” kids were coerced to take part in violent tensions by adults – something that might even be tantamount to child abuse, she said.

“Child abuse is a loaded term but I think it is within that safeguarding family of abuses children may suffer and experience. When it comes to safeguarding issues I would put it in that group, yes,” Yiasouma argued.

According to former president of Ireland Mary McAleese, there are some young people involved in the protests who “are still being taught to hate and who are bringing that hatred and expressing it on the streets.”

She blamed the spike in violence in the province that has not seen tensions of such kind in nearly two decades on Britain’s departure from the EU and “how little consideration was given in the planning of Brexit and the referendum.”

Last week, Taoiseach Micheal Martin warned against spiralling back “to that dark place of sectarian murders and political discord” that Northern Ireland saw in the 20th century.

No major eruptions of violence were recorded by police and media on Saturday that marked the anniversary of the Good Friday agreement, which put an end to a violent conflict in the country 23 years ago. Loyalist leaders have called on protesters to stop demonstrations as “a mark of respect” to the Queen over her husband's death; Prince Philip passed away on Friday.