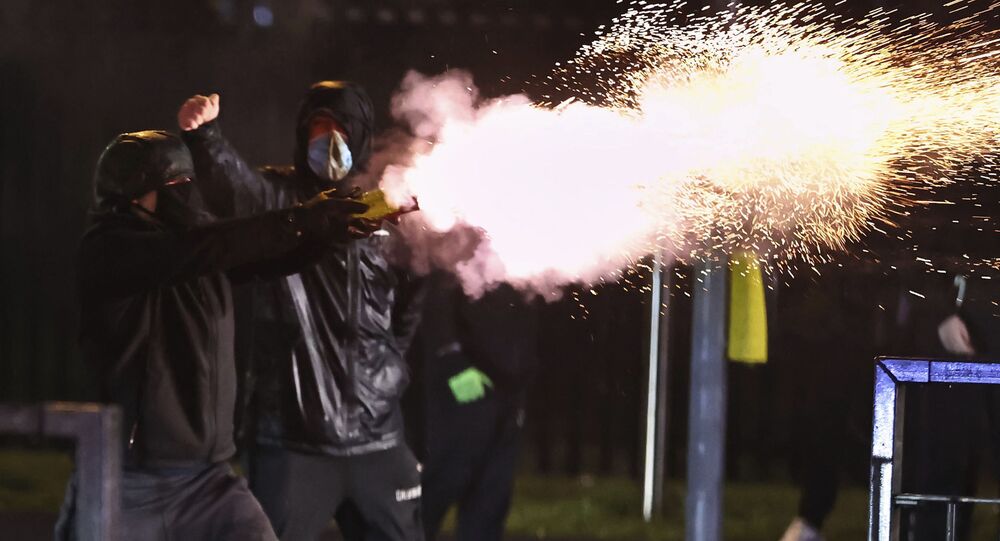 As unionists have engaged in often violent protests against the new Irish Sea economic border, stipulated by the post-Brexit arrangements, Taoiseach Micheal Martin said the measure was crucial for mitigating possible economic disruptions on the island.

Irish PM Micheal Martin has warned of "very serious harm" and "damage going much further” in NI, should the attempts to "misrepresent" the Northern Ireland Protocol continue.

The Taoiseach, who has held the post since June 2020, pointed out that the violence of the past few weeks is evidence of what could happen when "sectarian tensions are left to grow" while being "encouraged by political events". He thus strongly warned against weaponising Brexit, which he said, pushes the existing divisions still further.

Martin admitted that Brexit had played a role in sowing tensions among unionists, saying, though, he firmly believed that the Protocol, which requires Northern Ireland to continue applying EU checks and rules, was a must-have to prevent the likely disruption caused by the UK's withdrawal from the EU.

Speaking at his party Fianna Fail's annual 1916 Easter Rising commemoration, the PM said it was a "fair conclusion to attempts to limit the potential destructiveness of Brexit on this island".

"It is important to say that very serious harm can come if we keep seeing people trying to use Brexit as an issue to create points of dispute or by presenting every single issue as a zero-sum, win-lose fight", Martin went on.

Days earlier, Maros Sefcovic, the European Commission vice president in charge of post-Brexit regulations, said he was convinced the negotiating team could work out measures to "minimise" the impact of the protocol on Northern Ireland.

"What we need is the good faith approach and the proper implementation of all the commitments [already] undertaken, so we see the system working, and then we can look at the risks which are associated with different measures being applied", Sefcovic told journalists after meeting Lord David Frost in Brussels on Thursday, requesting their UK colleagues to express their views on how to better minimise the risk.

Ulster loyalists and unionists at large have been taking to the streets recently, raging about post-Brexit trade arrangements, which they fume have ostensibly separated Northern Ireland from the rest of the UK. Forces from all over the political spectrum - unionists and non-unionists alike – have condemned the street violence, which has of late seen protesters openly clash with police.

Almost four months have passed since the UK completely exited the European bloc, with the greatest source of tensions being the creation of what has been seen as a new border within the UK – the Irish Sea border, under the so-called Northern Ireland Protocol, which came as part of the post-Brexit economic arrangements.

It introduced checks on goods crossing the Irish Sea as a compromise measure to avoid a hard border with the Republic of Ireland.
Yet, such checks have enraged many unionists in Northern Ireland, who accuse the government of turning a deaf ear to the concerns and interests of businesses and consumers there.

Water Issues from Flint, Michigan to the Irish Sea