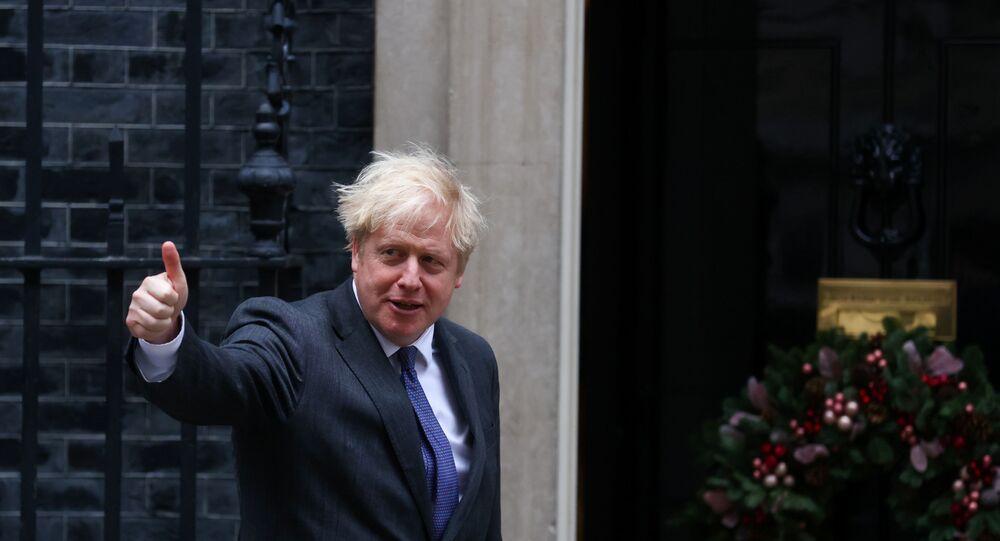 Despite the Conservatives controlling over 50% of the seats in the House of Commons, Johnson and his deal may face opposition from within his own party, with some Tories pushing for greater freedom from EU regulations.

British Prime Minister Boris Johnson has called on members of the House of Commons to vote in favour of the trade agreement with the European Union on 30 December – a day before the transitional period of Brexit ends. His call comes as both UK and EU authorities published the full text of the over 1,250-page-long agreement and forwarded it to their respective lawmakers to be looked at.

Johnson insisted that the deal, which he reached shortly before Christmas, fulfils "every one of our commitments" under the Brexit manifesto and stated that it can withstand "ruthless" scrutiny by hardline Conservative Brexiteers who seek maximum freedom for the UK from the EU's laws and regulations. The prime minister added that adopting his trade deal is something that "the public want us to do".

The leaders of the "European Research Group", a team of Conservatives standing for a hard-line divorce from the European Union, said they already are already examining the text of the agreement and will decide on whether to vote for it afterwards. Even if they choose to vote against it, Johnson might find support in the form of the Labour Party after its head, Keir Starmer, called on his fellow party members to support the prime minister's deal, despite certain opposition to it within Labour's ranks.

© REUTERS / POOL
'Devil is in Detail': Analysts Hesitate to Proclaim UK-EU Trade Deal 'Win' for Anyone So Far

Johnson announced the successful conclusion of trade deal talks with the EU on 24 December after a long stalemate in the negotiations and a mere week before the end of the transition period. While the full-text was not available at the time, the prime minister boasted that London had managed to achieve freedom from EU regulations and the EU Court of Justice, as well as to reduce the bloc's share of fish caught in British waters from half to one-third for the next five years. In exchange, the UK received a "Canada-style" free trade deal with its former EU partners, Johnson pointed out.

'Devil is in Detail': Analysts Hesitate to Proclaim UK-EU Trade Deal 'Win' for Anyone So Far

We Fish You a Merry Christmas: UK-EU Brexit Trade Deal is Done