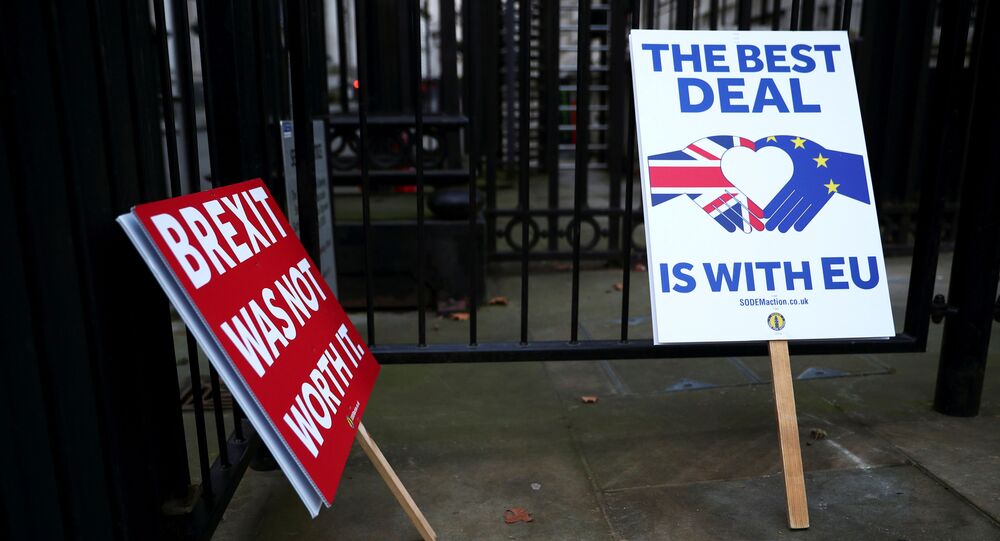 On Thursday, Prime Minister Boris Johnson praised the UK-EU trade deal as "the biggest", saying it would allow British goods "to be sold without tariffs in the EU market".

And while the EU and UK are celebrating "Brexmas", here's a brief insight into what the "Canada-style" agreement means in practice.

Johnson's remarks apparently refer to the so-called Comprehensive Economic and Trade Agreement (CETA), a deal that the EU began negotiating with Canada back in 2009.

Although CETA provisionally entered into force in September 2017, it has yet to be signed off on by all of the EU's member states.

The agreement stipulates that at least 98% of EU tariff lines are currently duty-free for Canadian goods, with tariffs only on poultry, meat, and eggs.

The accord also protects the bloc's "geographical indications", allows professional qualifications to be recognised both in Canada and the EU, as well as sets requirements for product standards and investment.

As far as the post-Brexit deal is concerned, Johnson touted it as "the biggest" trade agreement between the UK and the EU, also noting it "will protect jobs across this country".

The prime minister described the document as "a deal that will allow UK goods and components to be sold without tariffs and without quotas in the EU market".

"A deal which will if anything should allow our companies and our exporters to do even more business with our European friends, and yet which achieves something that the people of this country instinctively knew was doable but which they were told was impossible", he pointed out.

Johnson stressed that concluding the agreement means the UK has "taken back control of laws and our destiny" as well as "every jot and tittle of our regulation in a way that is complete and unfettered".

According to him, the jurisdiction of the European Court of Justice will end and the UK will be "an independent coastal state".

"We will be your friend, your ally, your supporter, and indeed, never let it be forgotten, your number one market", the prime minister emphasised.

Since the trade deal is slated to come into force from 1 January, EU member states will reportedly have to approve a provisional application of the agreement so that the European Parliament will have enough time to ratify the document.