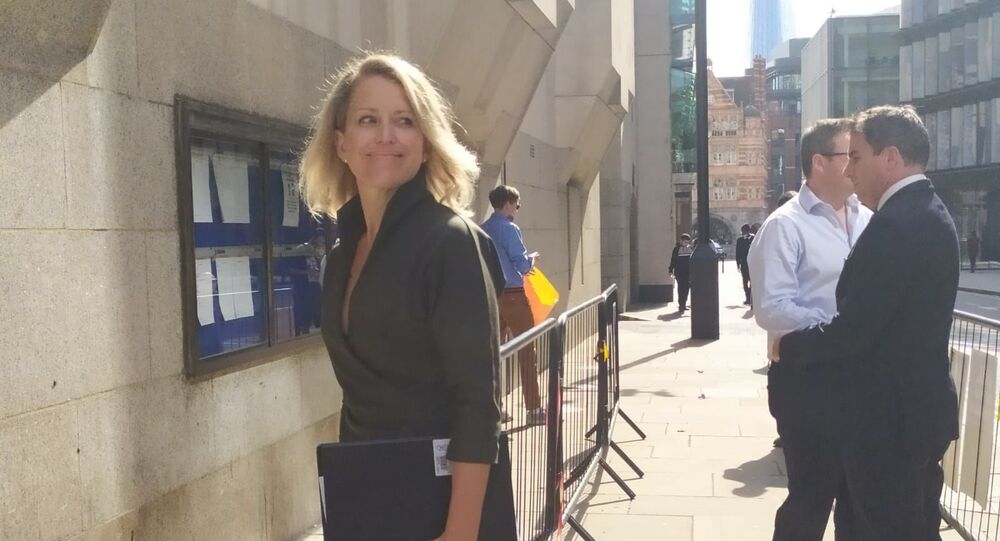 It has been alleged by members of the Democratic Party and elements of the press that the source of the DNC Leaks published by WikiLeaks is linked to the Russian state, a position that has been consistently denied by both Julian Assange and the Russian state.

US President Donald Trump was "aware of and had approved of" US Congressman Dana Rohrabacher and Mr Charles Johnson meeting with Julian Assange in order to secure the source of the DNC Leaks, in exchange for some form of "pardon, assurance or agreement" which would "both benefit President Trump politically" and prevent a US indictment against and extradition of Mr Assange, the Old Bailey heard on Friday.

Defense witness @suigenerisjen #AssangeCase: 'Rohrabacher proposed a 'win-win' situation, Assange can get 'get on with his life' - a pardon in exchange for information about the source' 'Information from Mr Assange about the source of the DNC leaks would be of value to Mr Trump'. pic.twitter.com/6yjSow50XU

​The assertions were read into open court on behalf of barrister Jennifer Robinson, who was present at the meeting in the Ecuadorian Embassy on 15 August 2017. This was before any indictment was issued against the WikiLeaks publisher. The US government's representative told the court that they do not dispute the offer was made during the meeting but do appear that they will contest the truthfulness of the offer itself. Ms Robinson's statement notes that Mr Rohrabacher and Mr Johnson told Ms Robinson and Mr Assange that they "wanted to resolve the ongoing speculation of Russian involvement in the Democratic National Convention" and that it was "damaging to US Russia relations and reviving old Cold War politics".

Ms Robinson has represented Mr Assange on numerous matters since 2010, both as a solicitor and a barrister.

Defense witness @suigenerisjen #AssangeCase: Rohrabacher said he came with the knowledge and authorisation of president #Trump to offer a deal in which Julian Assange would reveal the DNC source in exchange for a pardon (Assange rejected the deal and indictment followed) pic.twitter.com/2tOpJRFVHY

Morgan Artyukhina
Assange Hearing: Trump Was “Aware” and “Approved” of Pardon Offer, Defence Team Says
Ms Robinson states that the Congressman made clear that "the source of the DNC leaks" would be of "value" and "interest" to the President. Mr Rohrabacher apparently described what would be a "win/win solution" for Mr Assange to leave the embassy and "get on with his life".

Ms Robinson also notes that Mr Rohrabacher said he would "then return" and see what "would be done" to prevent Mr Assange's indictment and extradition. "Mr Assange did not provide the identity of any source", the statement said.

Mr Assange faces up to 175 years in prison if he is convicted on all of the charges in the US. The charges almost entirely relate to his role in publishing the Iraq and Afghanistan war logs, Guantanamo Bay detainee files and the Diplomatic Cables, which revealed war crimes and other criminality and abuse committed by the US government and US-backed forces.