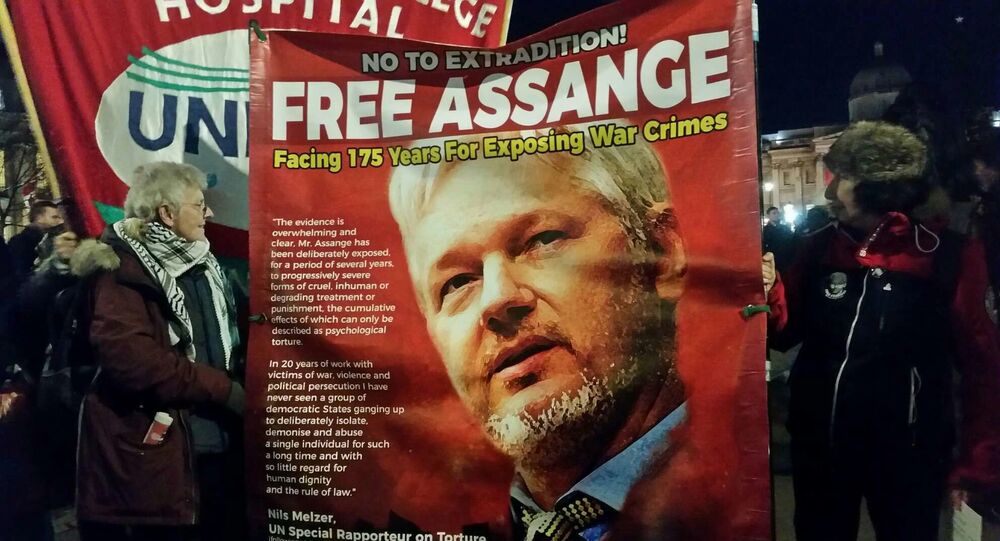 The Westminster Magistrates' Court heard on Wednesday that evidence will be submitted in the extradition case of Julian Assange pertaining to an alleged "pardon offer" made by Donald Trump to the WikiLeaks founder, triggering speculations that it was in exchange for saying that Russia had no role in the DNC leaks.

"It is not outside the realm of possibility that a US Congressman allegedly speaking on behalf of the President offered Assange a Presidential Pardon in exchange of cooperation. If it did happen, it was surely not an offer to Assange to lie", Former UN Independent Expert Alfred de Zayas believes. "Assange would not have needed to lie, because the evidence indicates that the DNC leaks did not come from Russian hackers. Assange himself said that the source was NOT the Russian government," he said.

"I do not like the talk of giving 'pardon' - because that implies that there has been a trial and a conviction. I do not think that Assange has committed any crime," de Zayas says. "He is the victim of arbitrariness, irregularities, misuse of the administration of justice systems in the US, UK, Sweden and Ecuador. He is a victim of multiple crimes, including psychological torture, as documented by the UN Special Rapporteur on Torture, Professor Nils Melzer."

Julian Assange was indicted on 18 charges in the United States, mostly espionage after he leaked classified documents revealing war crimes committed by US-led forces in Iraq and Afghanistan.

He also exposed a tranche of documents from the DNC and emails from Democratic candidate Hillary Clinton and her campaign leadership which reveal how the DNC rigged the primary elections in Clinton's favour and obtained debate questions for the candidate before her televised arguments with Donald Trump.

Assange is currently being held at a high-security prison in London. Several medical experts have expressed concerns that Assange's current health condition would prevent Assange from properly participating in his defence. If convicted, Assange could face up to 175 years in US prison.