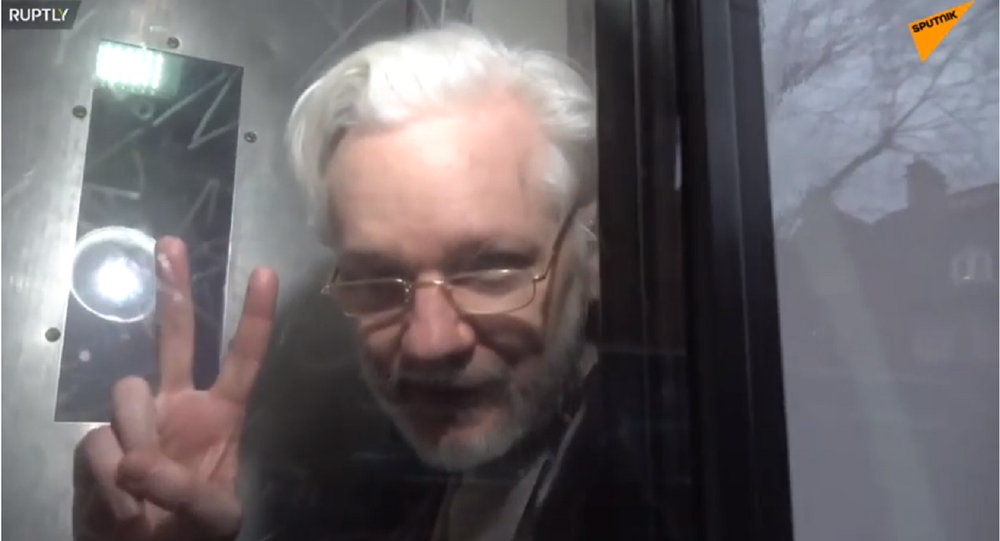 In response to claims made by Julian Assange's lawyers, former US congressman Dana Rohrabacher released a statement Wednesday saying "at no time" did he speak to US President Donald Trump about offering a deal to the WikiLeaks founder in exchange for a statement admitting Russia played no role in the 2016 Democratic National Committee email leaks.

"​There is a lot of misinformation floating out there regarding my meeting with Julian Assange so let me provide some clarity on the matter," the former lawmaker said in the Wednesday statement.

"However, when speaking with Julian Assange, I told him that if he could provide me information and evidence about who actually gave him the DNC emails, I would then call on President Trump to pardon him. At no time did I offer a deal made by the President, nor did I say I was representing the President. Upon my return, I spoke briefly with Gen. Kelly. I told him that Julian Assange would provide information about the purloined DNC emails in exchange for a pardon. No one followed up with me including Gen. Kelly and that was the last discussion I had on this subject with anyone representing Trump or in his Administration."

"Even though I wasn't successful in getting this message through to the President I still call on him to pardon Julian Assange, who is the true whistleblower of our time.  Finally, we are all holding our breath waiting for an honest investigation into the murder of Seth Rich."

Rohrabacher's statement comes in the aftermath of court proceedings at the Westminster Magistrate's Court that mentioned such a deal.

Edward Fitzgerald QC, Assange's lawyer, told the court Wednesday that a statement from Jennifer Robinson, another of Assange's lawyers, describes "Mr. Rohrabacher going to Mr. Assange and saying, on the instructions of the president, he was offering a pardon if Mr. Assange would 'play ball' and say the Russians had nothing to do with the DNC leaks."

White House Press Secretary Stephanie Grisham denied the claims, saying, "It is a complete fabrication and a total lie. This is probably another never-ending hoax and total lie from the DNC."

However, WikiLeaks has promised the evidence will soon be presented in court.

"Chronology matters: The meeting and the offer were made ten months after Julian Assange had already independently stated Russia was not the source of the DNC publication. The witness statement is one of the many bombshells from the defence to come," WikiLeaks tweeted Wednesday afternoon. "The meeting and the offer were made prior to Assange's indictment. If you really want to know what this is about -- tune in to Court on Tuesday 25th."

The meeting and the offer were made prior to Assange's indictment.
If you really want to know what this is about -- tune in to Court on Tuesday 25th

​Even before WikiLeaks published the slew of emails stolen from the DNC headquarters in the months before the 2016 US presidential election, rumors were already swirling that Russian hackers had delivered the documents to Assange - rumors that turned into real accusations from the US intelligence community after Democratic candidate Hillary Clinton lost the November election, and Trump won. However, central evidence in the case - the DNC server allegedly hacked - was never examined by US intelligence, which relied wholly on a report by independent cybersecurity firm CrowdStrike. Other evidence, such as Cyrillic characters allegedly left behind by the hacker, is similarly circumstantial.