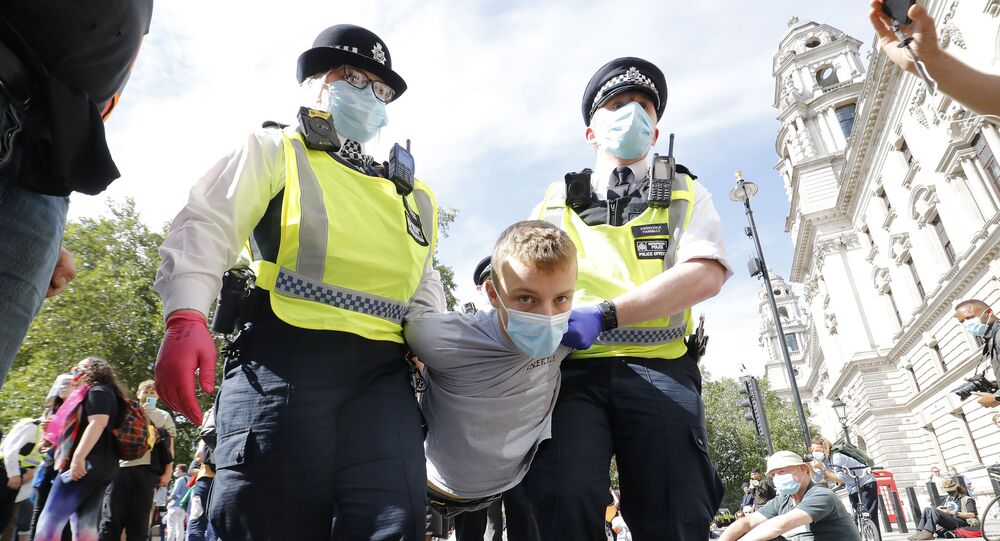 On Friday, environmentalist group Extinction Rebellion blockaded three printworks used by the Times, The Sun, The Telegraph and the Daily Mail who they accused of failing to report on climate change issues 'accurately'. Home Secretary Priti Patel condemned it as an attack on the free press and democracy.

British newspaper The Telegraph has lifted its paywall for the weekend after an Extinction Rebellion (XR) blockade it dubbed a bid to "stifle our free press."

​Friday's actions by the environmentalist group at three print works in England and Scotland blocked deliveries of The Times, The Sun, The Scottish Sun, The Daily Telegraph and the Daily Mail, all conservative-leaning titles which have a combined daily circulation of some 3 million copies.

© Wikipedia / Kaihsu Tai / The Co-operative Tilehurst
Spectator Chairman Bans Adverts From The Co-Op After Supermarket Chain Seeks To ‘Influence Content’
The group claimed it was "using disruption to expose the failure of these corporations to accurately report on the climate and ecological emergency," as protesters chained themselves to delivery vehicles.

In a message on the Telegraph website, which referred to XR as "extremists," Evans said: "I’m very concerned by the attack on free speech."

"Whatever your politics, you should be worried by this," he added. "There are also questions for the police who perhaps placed the right of these few people to protest above the right of the rest of the people to read a free press."

​But former Labour MP for Vauxhall hailed the "excellent decision."

​In a piece for the Telegraph, another former Labour MP Ian Austin called the response of the Hertfordshire Police Force to the protest in Broxbourne "pathetic."

"Don’t we have the right to read what we want and to go to work?" he asked. "You can’t have protesters or politicians deciding what people can or can’t read. And you can’t prevent newspapers being published and distributed because you disagree with their editorial line."

In September 2019, Heathrow Pause, a splinter group led by XR co-founder Roger Hallam, put tens of thousands of passengers' lives at risk when they attempted to fly remote-controlled drones over London's biggest airport. At least 19 people including Hallam were arrested.