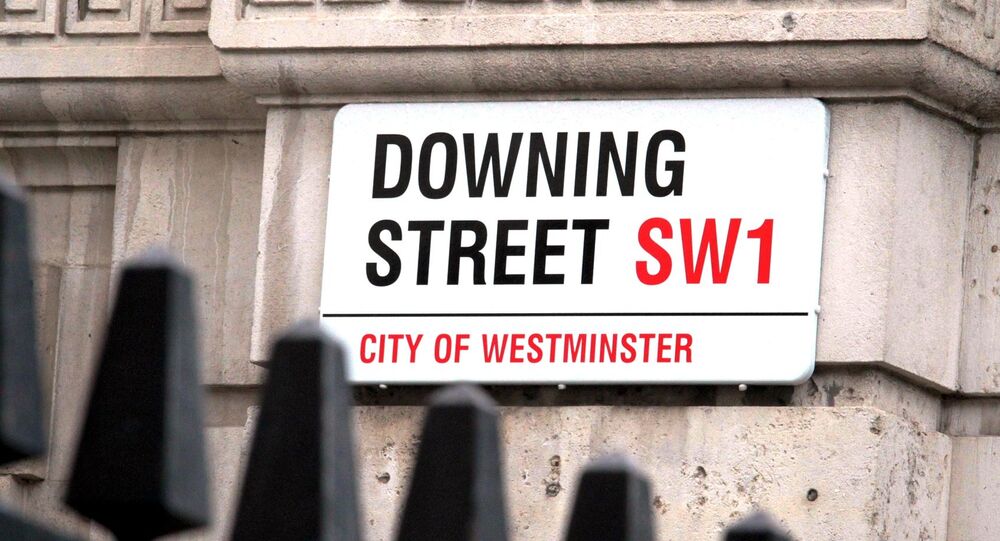 Sir Richard Dearlove, former chief of the British Secret Intelligence Service (MI6), earlier cited a scientific report suggesting the COVID-19 pandemic had originated due to the respiratory virus “escaping” from a laboratory in China.

UK government officials have dismissed as “fanciful” earlier claims by former head of Britain's Secret Intelligence Service (MI6) Sir Richard Dearlove that the coronavirus was man-made at a Chinese lab before accidentally escaping it due to biosecurity flaws and setting off a global pandemic, reports The Sun.

“We've seen no evidence the virus is man-made.”

A government official was quoted as adding:

“These are fanciful claims. World leading scientists in the UK, US, and the World Health Organisation have said numerous times... the virus was natural in its origin and likely moved into the human population through natural transfer from animals – not through a specific accident or man-made incident.”

UK Health Secretary Matt Hancock echoed the statements regarding Sir Dearlove's claims, saying there was "no evidence" to support the theory that the COVID-19 virus originated at a laboratory.

Sir Richard Dearlove, who led MI6 from 1999 to 2004, previously claimed during The Telegraph's Planet Normal podcast that a peer-reviewed scientific report published by a Norwegian-British research team suggested the COVID-19 pandemic had been sparked by the novel respiratory virus “escaping” from a laboratory in China.

Dearlove cited the research as saying clues had been discovered in the genetic sequence of the virus that seemed to suggest its key elements were man-made.

“I do think that this started as an accident… It raises the issue, if China ever were to admit responsibility, does it pay reparations? I think it will make every country in the world rethink how it treats its relationship with China and how the international community behaves towards the Chinese leadership," Sir Richard Dearlove told The Telegraph's podcast.

He added the “important” report could force China to pay "reparations" to the rest of the world for the deaths and economic woes triggered by the pandemic.

According to the research cited by Dearlove, secret gene-splicing experiments on bat coronaviruses had been underway when COVID-19 somehow escaped from the lab.

"It's a risky business if you make a mistake," he said.

According to the authors of the report, alluded to by Dearlove, the virus was suggested as having "unique fingerprints" that cannot have evolved naturally.

The Telegraph said the study, which had not yet been accepted for publication in any scientific journal, had been rewritten several times, with an earlier version supposedly claiming COVID-19 could be dubbed the "Wuhan virus", and having cited proof "beyond all reasonable doubt that the COVID-19 virus is engineered."

As Beijing has been facing pressure to reveal the details of how the coronavirus first began to spread late last year in the city of Wuhan, the lab theory has been amplified by claims China lacked transparency on the issue of the pandemic’s origins.

US President Donald Trump earlier labelled COVID-19 a “Chinese virus”, while US Secretary of State Mike Pompeo insisted there was “enormous evidence” that the virus was man-made.

The official theory ascribed to by international scientists and supported by British security agencies is that the respiratory virus emerged in animals, such as bats or pangolins, before jumping to the human population in a Wuhan wet market.

© REUTERS / Aly Song
People wearing protective face masks are seen at a street market in Wuhan, the Chinese city hit the hardest by the coronavirus disease (COVID-19) outbreak, in the Hubei province, China, May 14, 2020.

The Chinese government has vehemently rejected all speculations regarding the origins of the coronavirus, insisting the outbreak started at a "wet market" in the city of Wuhan late last year.

The World Health Organisation (WHO) said on 21 April that all available evidence pointed to the coronavirus originating in animals in China late last year and was not man-made in a laboratory.

Despite Public Praises, WHO Was Frustrated by China’s Delay in Releasing COVID-19 Info - Report