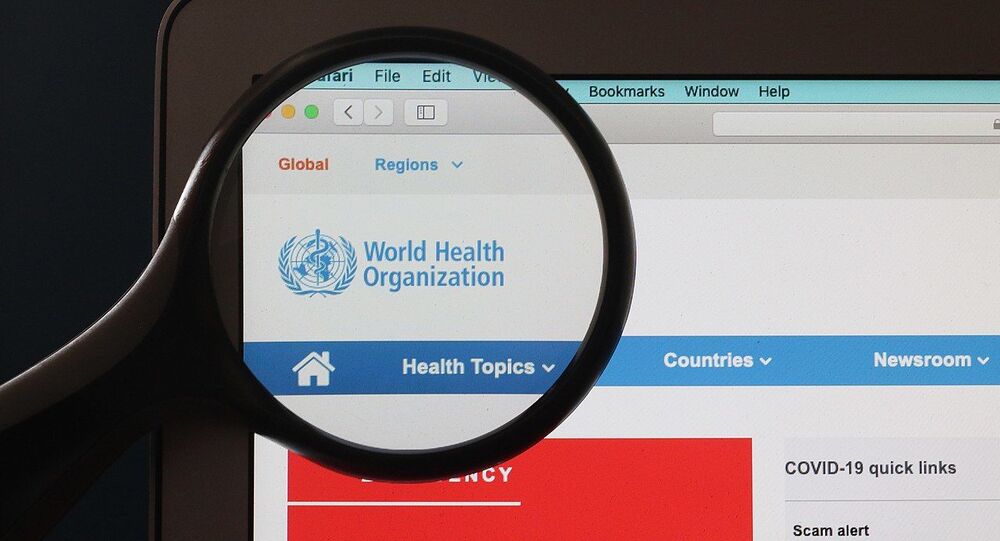 Despite Public Praises, WHO Was Frustrated by China’s Delay in Releasing COVID-19 Info - Report

An exclusive report by the Associated Press (AP) says that even though the World Health Organization (WHO) publicly praised Beijing in January for its swift response to the COVID-19 coronavirus, there were significant delays by China in providing information to the health agency necessary to fight the spread of the disease.

According to AP, China did not release the genome of the virus to the WHO until a week after three different Chinese government labs had decoded it. The delay was caused by “tight controls on information and competition within the Chinese public health system,” AP found, citing dozens of interviews and internal documents.

The genome was also released to the WHO only after a lab had published it on a virologist website on January 11. In addition, China waited for another two weeks after that to provide the WHO with more detailed information on patients and cases, the AP report found, citing recordings of internal meetings at the UN health agency.

The recordings suggest that WHO officials were praising China in public in January in an attempt to cajole more information out of the Chinese government. In private meetings the week of January 6, WHO officials complained about China not sharing enough data to determine how the virus was spreading between people.

“We’re going on very minimal information,” Maria Van Kerkhove, who is currently the WHO’s technical lead for COVID-19, said in one internal meeting. “It’s clearly not enough for you to do proper planning.”

Dr. Gauden Galea, the WHO’s top official in China, said in another meeting, “We’re currently at the stage where yes, they’re giving it to us 15 minutes before it appears on CCTV [China Central Television],” a state-owned channel in mainland China.

WHO officials were also unsure how to pressure China into providing gene sequences and detailed patient data without drawing the ire of authorities. According to AP, WHO staffers were “worried about losing access and getting Chinese scientists into trouble.”

In the second week of January, Dr. Michael Ryan, chief executive of the WHO’s Health Emergencies Program, reportedly told colleagues that it was time to place more pressure on China and “shift gears” to prevent COVID-19 from being similar to the severe acute respiratory syndrome (SARS) outbreak that originated in China in 2002 and killed around 800 people.

“This is exactly the same scenario, endlessly trying to get updates from China about what was going on,” Ryan said at the time, AP reported. “WHO barely got out of that one with its neck intact given the issues that arose around transparency in southern China.”

On May 29, US President Donald Trump announced the US was "terminating" its relationship with the WHO, saying the agency has a pro-China bias. The president has repeatedly accused China of failing to effectively halt the spread of COVID-19 and the WHO of having failed to hold the country accountable.

Trump also claimed that China’s alleged coverup of the virus caused the disease to spread across the world and take more than 100,000 US lives.

"China has total control over the World Health Organization despite paying only $40 million per year," Trump said last week. "The world needs answers from China on the virus. We must have transparency."

Despite Trump’s accusations, Beijing has claimed repeatedly that it shares information with the WHO in a transparent manner.

“Since the beginning of the outbreak, we have been continuously sharing information on the epidemic with the WHO and the international community in an open, transparent and responsible manner,” Liu Mingzhu, an official with China’s National Health Commission’s International Department, said at a May 15 news conference.