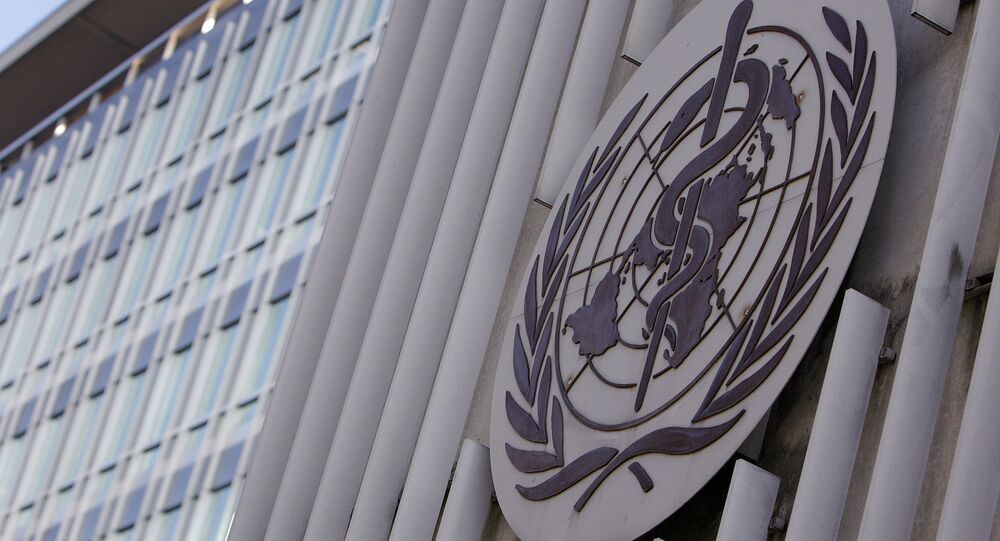 MOSCOW (Sputnik) - Tedros Adhanom Ghebreyesus, the director-general of the World Health Organization (WHO), on Monday said that the organization wishes to continue collaborating with the United States even though US President Donald Trump decided to cut ties with WHO.

"We have received questions about Friday's announcement by the president of the United States of America. The world has long benefited from the strong, collaborative engagement with the government and the people of the United States. The US government's and its people's contribution and generosity towards global health, over many decades, has been immense and it has made a great difference in public health all over the world. It is a WHO's wish for this collaboration to continue," Tedros told a virtual briefing.

The WHO chief, however, refused to answer a question about the procedure to leave the organization. He added that the United States did not communicate its wish to stop collaboration with WHO.

"The only communication we have or announcement was actually that Friday's media announcement from the US," the WHO chief said.

On Friday, Trump during a press conference announced that the United States was terminating its relationship with the WHO and redirecting funds to other global health needs. The WHO media team has earlier denied any comments on Trump's announcement.

© CC BY 4.0 / nursetogether / WHO World Health Organization website on Coronavirus pandemic COVID-19
China Calls on Int'l Community to Boost Financial Support for WHO as US Cuts Ties With Organisation
In April, Trump announced a temporary freeze of US funding for the WHO and warned that the freeze would become permanent unless the organization committed to major changes within 30 days. Trump accused the WHO of colluding with China to cover up the origins and handling of the coronavirus outbreak.

The WHO said it declared the coronavirus outbreak a global health emergency in January, which gave countries enough time to prepare. Chinese officials have repeatedly said they shared information on the outbreak in a timely manner.