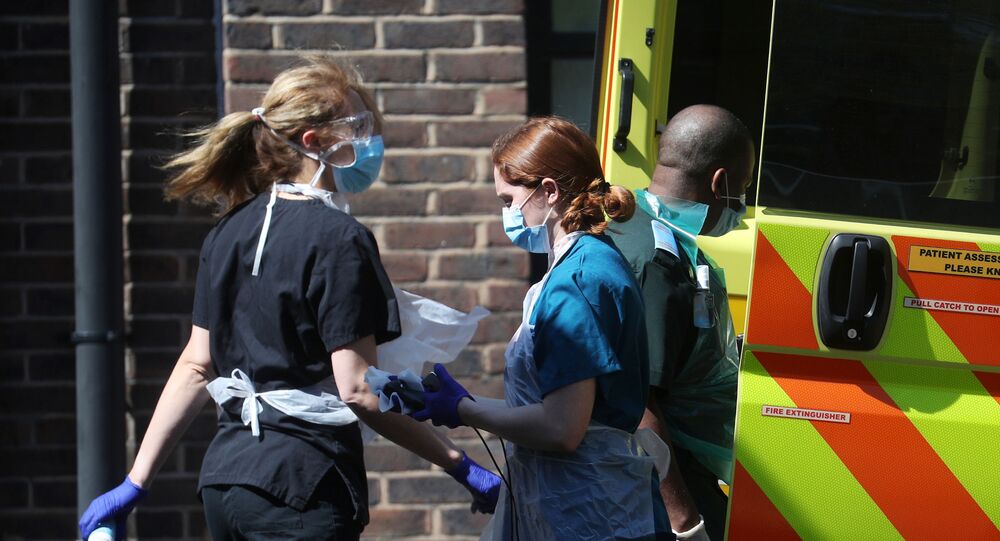 Finding The Right Exit: How Might Britain Find Its Way Out Of COVID-19 Lockdown Safely?

Britain is set to overtake Italy this week as the European country with the most deaths from coronavirus. But despite that morbid milestone, the Prime Minister Boris Johnson is set to reveal his exit strategy from the lockdown later this week.

The Institute for Government said on Friday, 1 May: “The prime minister and his cabinet face difficult decisions – as hard as any cabinet has had to face. In charting an exit from the coronavirus lockdown, they will need to balance competing demands and make unpalatable trade-offs based on imperfect information.”

Boris Johnson is set to reveal a "roadmap" out of lockdown on Sunday, 10 May, but is acutely aware that a second wave of infections could happen if normal activities are allowed too soon.

​The BBC says it has seen a draft government plan which recommends that when offices and other workplaces are finally reopened some forms of social distancing remain and workers should try to avoid hot-desking.

The government wants companies to stagger shift times and encourage as many people as possible to continue to work from home.

Before the lockdown can be eased the government says five tests will have to be passed.

The first is that the NHS has to have “sufficient capacity to provide critical care and specialist treatment right across the UK.”

​New Nightingale hospitals have been built in London, Birmingham, Manchester, Bristol and Harrogate, with two more planned for Exeter and Washington in the north-east of England.

The NHS has been switching nurses and doctors from surgical wards to intensive care units and transferring trained ICU nurses to the Nightingale hospitals.

​The second test is for Britain to be seeing a “sustained and consistent fall in daily deaths” from coronavirus.

The number of fatalities in the last few days has fallen from 739 to 621 and then 315 but ministers will be looking closely to see what the figures are for Sunday, 3 May, Monday, 4 May and Tuesday, 5 May, before they can be sure they have a “consistent” decline in deaths.

The third test is for the data to be showing “the rate of infection is decreasing to manageable levels”.

The fourth and perhaps most difficult test is that there must be enough testing and PPE equipment (masks, gowns and gloves) “with supply able to meet future demand.”

At the beginning of last month Health Secretary Matt Hancock set a target of 100,000 tests a day, which he later conceded was “audacious”.

It looks like the exit strategy might recommend face masks/covering. It's REALLY important that under 2s aren't given masks because of suffocation risks. In

​After weeks when the NHS came nowhere near that target, they finally broke it on 30 April when 122,000 tests were carried out but that figure has since fallen to 76,500.

​The fifth test is one which is far more vague and arbitrary.

The government must be “confident that any adjustment to the current measures will not risk a second peak of infections that overwhelms the NHS.”

The dangers of a second wave have been illustrated by the island of Hokkaido in Japan.

On 29 February the governor, Naomichi Suzuki, introduced a lockdown after an outbreak of COVID-19 which was believed to be linked to the presence of an infected Chinese tourist from Wuhan at the Sapporo Snow Festival earlier in the month.

The lockdown was lifted on 19 March, with schools and shops reopening but there was a second wave of infections in mid-April.

Professor Yoko Tsukamoto, from the Health Sciences University of Hokkaido, told the Daily Telegraph: “These lockdowns and states of emergency will have to be lifted eventually, but the lesson is to wait as long as possible, to get accurate data on infection numbers and to be very, very cautious when the rules are relaxed.”

The Institute for Government’s report, which came out on Friday, 1 May, said: "There is no quick 'exit strategy' to lead the UK back to normal life without a successful vaccine or treatment for Covid-19. Some hope that if the prevalence of the virus in the UK greatly reduces, a programme of testing and contact tracing might offer a viable route back towards normality, although that would bring its own questions about intrusion and privacy."

It said the government appeared to be planned to employ a “test and trace” strategy, such as that which had been successfully adopted in South Korea.

My daughter has just said to me that we have been in lockdown longer than Jesus was in the desert. GCSE RE was not a waste of time!!!#lockdownuk #catholicdad

​But it warned: “The UK could only effectively introduce such a ‘test and trace’ strategy once the number of cases has fallen below the number that are likely to exist currently, otherwise tracing all contacts of all infected people would be infeasible.”

On 16 March, the prime minister ordered people over 70 or with underlying health conditions such as asthma to stay at home for at least 12 weeks.

Four days later the government went further, closing schools and ordering restaurants, pubs and most shops to shut their doors.

Only supermarkets, pharmacies and food shops were allowed stay open.

A formal full lockdown was announced on 23 March and legislation to enforce it was passed by Parliament three days later.

Unlike in the United States, there has been virtually no political dissent or protests against the lockdown.

What happens if you sit down with a sandwich in George Square Glasgow during lockdown. #Glasgow #LOCKDOWN2020 #lockdownuk pic.twitter.com/yYj6FuyLrI

​But impatience is growing and the prime minister will be under pressure on Sunday, 10 May, to lay out a roadmap which would include a full lifting of the lockdown by the end of May.

The Institute for Government’s report pointed out that extending the lockdown could increase the number of deaths unrelated to COVID-19 deaths.

It explained: "The NHS is providing substantially less treatment and care for non-Covid conditions than it was before the crisis...(it is) likely to mean serious illnesses are not being diagnosed or treated. For example, putting on hold cancer screening services means more cases of cancer will be left undetected for longer, bringing a higher chance that people will die from it."

Bail conditions on an alleged lockdown breaker setting out the only reasons he is allowed to leave his home.
Conditions are currently in force until at least June 8 and might outlast the govt's lockdown.
I assume his fence blew down recently, otherwise that one is a bit specific pic.twitter.com/k4txNTfteR

​There are also economic considerations to bear in mind.

The Office for Budget Responsibility has estimated three months of lockdown will cost around £130 billion in tax revenues, and £88 billion in extra government expenditure.

Most Italians went back to work on Monday, 4 May, after seven weeks of lockdown but it is too early to say whether Italy will suffer a Hokkaido-style second wave.

Boris Johnson, who himself had a life-or-death battle with coronavirus last month, will be weighing up all options and his exit strategy may be liable to revisions if the data suggests infections are creeping up again.