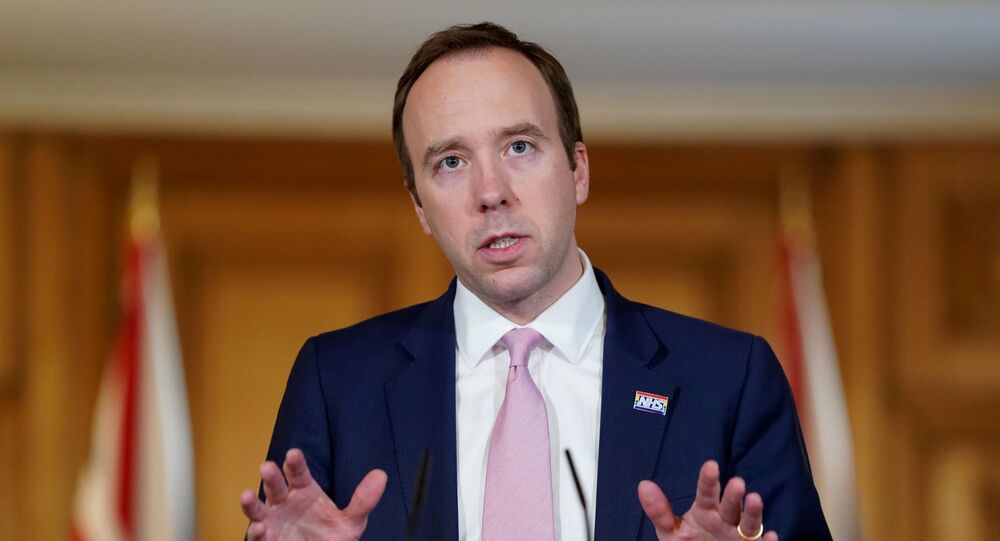 Up to 10 million key workers and their respective households were eligible to book tests - Health Secretary Matt Hancock said the program was "part of getting Britain back on her feet" to herald its inauguration, but the Department of Health has now apologised for "inconvenience" caused by the rapid closure.

A UK Department of Health online portal which allowed key workers to book coronavirus tests has been forced to close within hours of launching due to “significant demand".

The website opened the morning of 24th April, but had been temporarily suspended by noon, with visitors greeted by largely blank page informing them applications for coronavirus tests were closed, “you can’t currently register for a COVID-19 test” and “please check back here later”.

The UK government continues to fall far short of its target of conducting 100,000 tests daily by the end of April - figures released 23rd April show 23,560 tests were carried out on that day. Meanwhile, the data indicated a further 616 people died with the virus in UK hospitals, bringing the total number of pandemic deaths to 18,738.

© AP Photo / Evan Agostini
Taylor Swift Blasts Soros Family’s ‘Shameless Greed in Coronavirus Time’ Over Unwanted Album Release
Those who were able to register for a test included NHS and social workers, police officers, teachers, workers in the justice system, supermarket and food production employees, journalists and transport workers - the objective was to allow essential staff to safely and promptly return to work.

The test involves taking a swab of an individual’s nose and throat, and can be conducted at a designated testing site, or with a home testing kit - availability of the latter will be limited initially however. Most people will receive test results via test message in just two days.