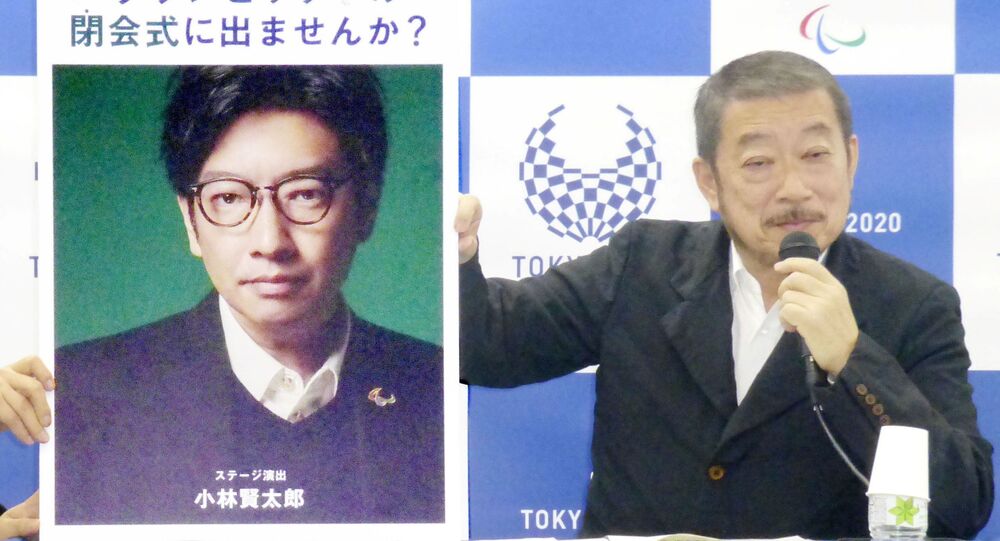 The scandal is not the first to have hit the Tokyo Olympics, which are set to begin on 23 July after a year's delay due to the coronavirus pandemic. Earlier, Games composer Keigo Oyamada was caught in a bullying row, while a man was arrested for an alleged rape attempt at the Olympic Stadium.

Kentaro Kobayashi, the director of the Tokyo Olympics opening ceremony, has been sacked for making a Holocaust joke during a decades-old comedy show, the organisers said on Thursday.

Kobayashi was dismissed after a video of his 1998 comedy skit appeared online, where he is seen making a joke about the Holocaust tragedy, including the phrases, "let's massacre the Jews" and "let's play Holocaust".

The Holocaust is one of the worst tragedies in world history. It was carried out during the Second World War when some six million Jews were killed across Nazi-occupied Europe on the orders of Adolf Hitler.

"We found out that Mr Kobayashi, in his own performance, has used a phrase ridiculing a historical tragedy", Organising Committee President Seiko Hashimoto said while confirming that the renowned entertainer has been fired ahead of the opening ceremony.

"We deeply apologise for causing such a development the day before the opening ceremony and for causing troubles and concerns to many involved parties as well as the people in Tokyo and the rest of the country", Hashimoto added.

Immediately after the news of his sacking went viral on social media, Kobayashi apologised in a statement released to the Japanese newspaper Yomiuri Shimbun.

He said he was at fault and promised that he has now "started aiming to create comedies that don't hurt others".

After the script and the video of Kobayashi's performance from the late 1990s emerged, Twitterati started slamming him for mocking Jews in his comedy shows.

While a few claimed that the Tokyo Olympics were "cursed", others said that Kobayashi's comments were anti-Semitic.

Tokyo off to a flying start:

What a great idea this was.

There is something deeply wrong in so many ways with the cultural norms of those running these Olympicshttps://t.co/DETeJ22QOm

As the Ambassador of Israel to Japan and as a daughter of a #Holocaust survivor, I was shocked to hear about the anti-Semitic remarks made in the past by the famous comedian Kentaro Kobayashi and now a director of the opening ceremony of the #Tokyo2020
>>

​The opening ceremony of the Tokyo Olympics is set to take place on Friday night. Other than some officials from the organising committee, media and invited guests, the ceremony will be held behind closed doors, with spectators not being allowed inside the Olympic Stadium.

Ever since the International Olympic Committee (IOC) decided to go ahead with the Tokyo Olympics earlier this year, the Games have been mired in a series of controversies.

Well before Kobayashi was sacked, Olympics creative director Hiroshi Sasaki was forced to resign after he made a fat-shaming comment about Japanese comedian, actress, and fashion designer Naomi Watanabe.

Earlier this week, the Tokyo 2020 composer Keigo Oyamada was also fired after videos surfaced online in which he was seen bullying his classmates in school. The music he composed will not be used during the Games.

Are Beds in Tokyo Olympic Village 'Anti-Sex'? Irish Athlete Moves to Find Out