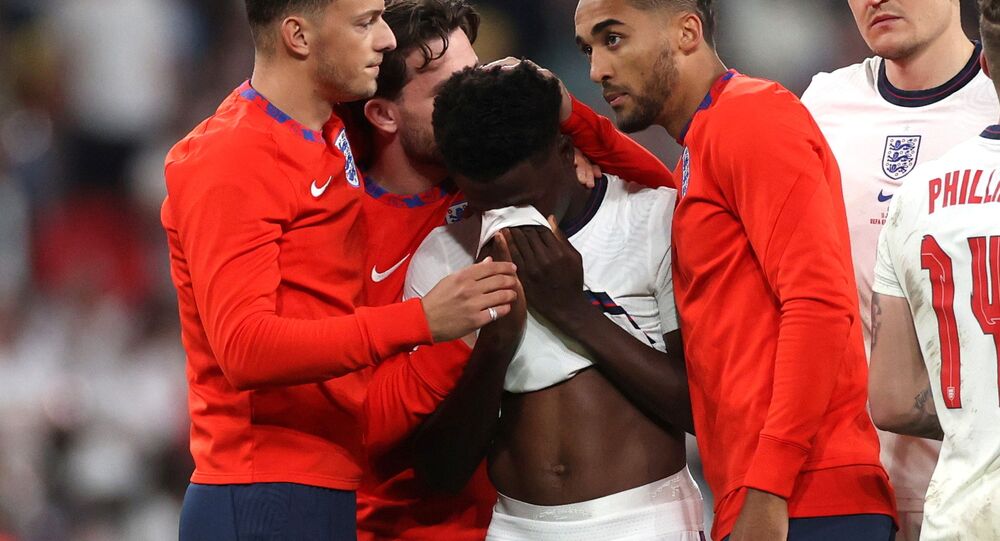 Racist Abusers of England Players Should 'Crawl Back Under Their Rock,' Says Boris Johnson

London police have already announced that they are investigating "a number of offensive and racist" comments on social media aimed at the footballers.

After three Black England footballers were subjected to racist abuse online following the team's defeat at the hands of Italy in the Euro 2020 final, UK Prime Minister Boris Johnson has taken aim at culprits.

The footballers – Marcus Rashford, Bukayo Saka, and Jadon Sancho – all missed their penalties in the shootout at the end of the match.

"For those who have been directing racist abuse at some of the players, I say 'Shame on you,'" Johnson said during a Downing Street press briefing Monday. "And I hope you will crawl back under the rock from which you emerged."

Earlier, London police said that are going to investigate "a number of offensive and racist social media comments being directed towards footballers."

The Football Association also issued a statement condemning the abuse, saying that they its "appalled by the online racism that has been aimed at some of our England players on social media."

"We could not be clearer that anyone behind such disgusting behaviour is not welcome in following the team," The FA said. "We will do all we can to support the players affected while urging the toughest punishments possible for anyone responsible."

The opposition Labour Party, however, accused Johnson of failing to tackle racist abuse of footballers online, with Jo Stevens, shadow secretary of state for digital, culture, media, and sport, tweeting that "warm words and gigantic England flags are no substitute" the prime minister has, "to make it stop."