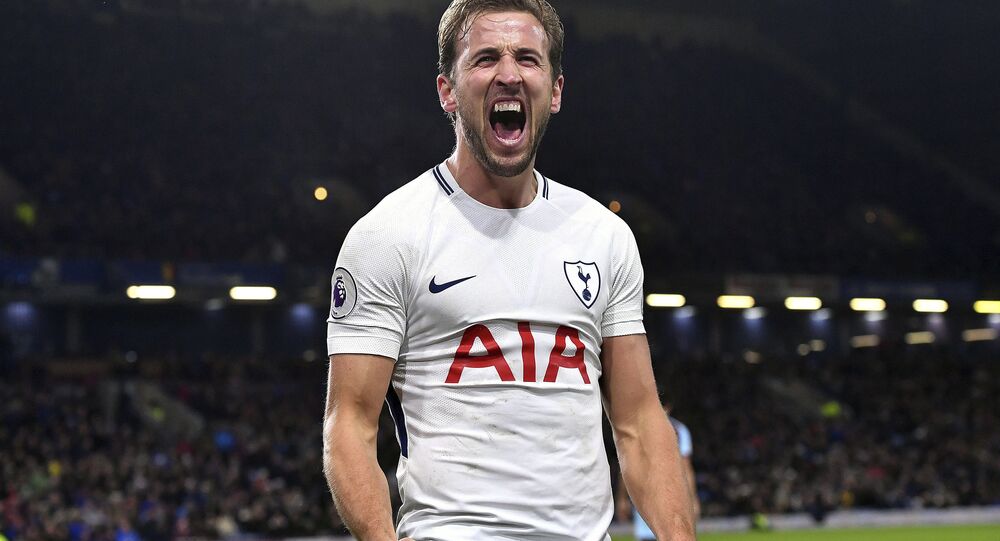 Earlier this week, the forward told the club’s bosses he wants to leave this summer despite the fact that his contract with the Spurs expires in 2024. UK media reports say Kane wanted to leave Tottenham last year, but was persuaded to stay by chairman Daniel Levy. This time, the athlete is hinting that his decision will not be influenced by anyone.

Tottenham star Harry Kane says he wants to reach the level of football giants Cristiano Ronaldo and Lionel Messi. Speaking with former Manchester United defender Gary Neville on his YouTube show The Overlap, Kane said he doesn’t want to end his career having any regrets, reiterating his desire to win trophies.

The club’s chairman Daniel Levy is known as a tough negotiator, but Kane insists it would be a wise decision to sell him right now when he is at the peak of his form.

"He might be thinking, 'if I can get 100 million pounds [$141 million] for you then why not?' I'm not going to be worth that for the next two or three years", Kane told Gary Neville.

It seems the footballer’s remarks reflect the frustration of Tottenham’s fans with the club’s performance in recent seasons. Kane has wound up on the list of top scorers in the Premier League almost every year. However, his goals haven’t turn into trophies or places in international football tournaments, except for the 2018/2019 season, when the Spurs won silver in the Champions League.

This year, the forward scored 22 goals for Tottenham in the Premier League (sharing first place with Liverpool’s Mohamed Salah), but the club is likely to finish seventh with no hopes of qualifying for the Europa League.

UK media reported that Manchester City, Manchester United, and Chelsea are the clubs where the athlete might continue his career, although it is possible that Kane could go to another football league – Serie A, La Liga, or the Bundesliga.

Commenting on his transfer, the athlete told Gary Neville: "I've given the club 16 years of my life, so I hope we can have a good, honest conversation and see where we're at".