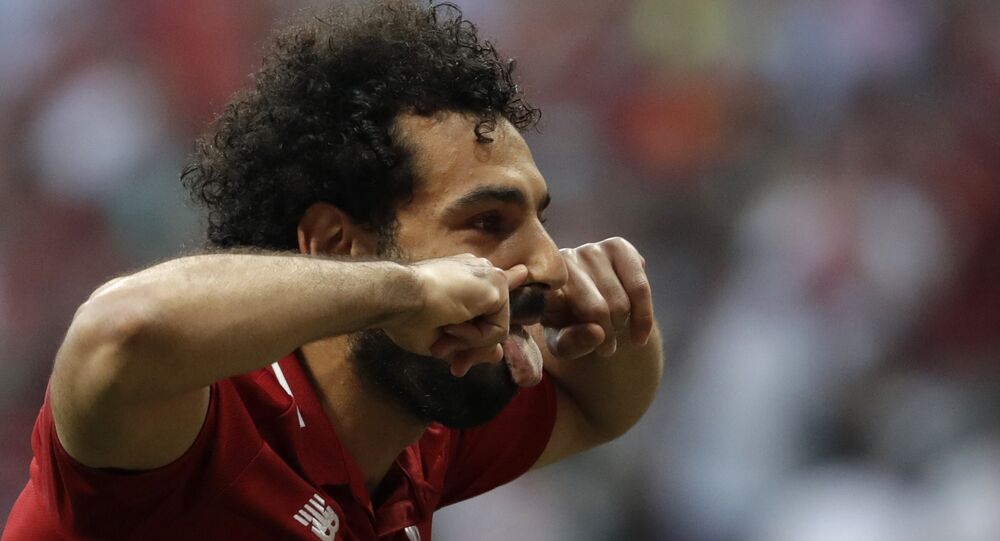 The Egyptian forward had 36 appearances, scored 22 goals, and made four assists during this season. Earlier, in March, media suggested Salah was concerned by the situation with his contract, which expires in 2023.

Liverpool forward Mohamed Salah could decide to quit the club in the summer transfer window and join one of Spanish La Liga’s top teams, former Reds defender Dejan Lovren, who is now playing for Zenit St Petersburg, told Sky Sports in an interview.

Lovren noted that he could not speak for Salah about recent developments in his former teammate's plans, but suggested he may move to another club.

“You never know what can happen in football”, Lovren said.

The Croatian defender added that despite winning many trophies with Liverpool and becoming one of the most popular footballers among the club's fans, the player could proceed with his career somewhere outside the UK.

© AP Photo / Hassan Ammar
Jurgen Klopp Touts ‘Unbelievable’ Alisson Header that Keeps Liverpool in Quest for Champions League
Back in March, media reported the Egyptian footballer might leave Liverpool due to disagreements with the team’s manager Jurgen Klopp. Around the same time, Salah put his future with Liverpool into question by revealing that he might consider a move to Spain. The Egyptian player puzzled Liverpool fans when he revealed that he would be interested in joining La Liga's top clubs Real Madrid or Barcelona.

The other reason Salah is reportedly considering leaving the club is that the Reds will finish the season without a trophy.

Salah signed for Liverpool in June 2017. Overall, he has played 202 games, scored 125 goals, and made 46 assists while in the club. As a Liverpool player, he has won UEFA Champions League, the FIFA Club World Cup, and the UEFA Super Cup. On top of this, he helped the team win the 2019–20 Premier League, which ended the club's 30-year league title drought.