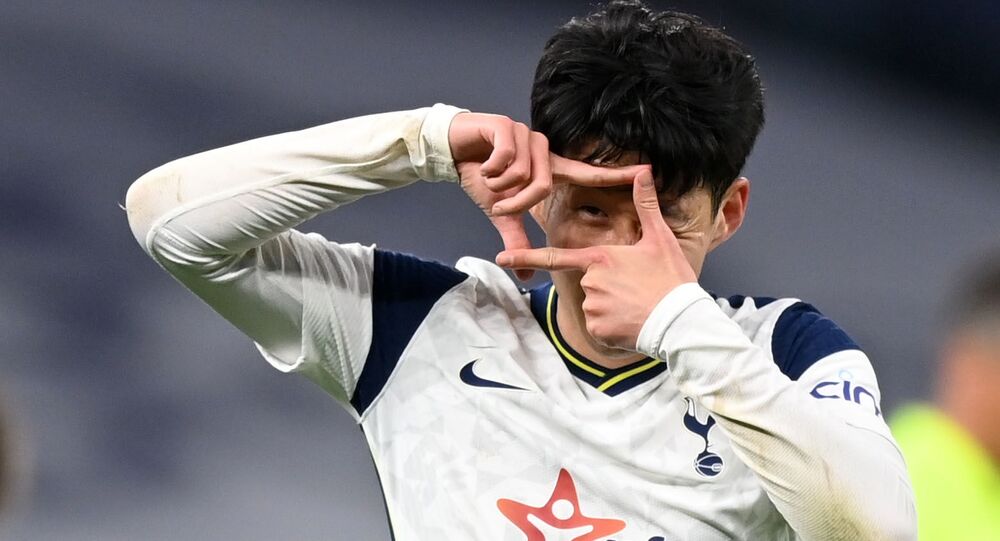 LONDON (Sputnik) - Twelve men have each been arrested or interviewed by the police under suspicion of targeting a star football player of the Tottenham Hotspur club with offensive and racist remarks on Twitter after a Premier League match versus Manchester United, the Metropolitan Police announced on Friday.

The abuse was initially detected via Manchester United online reporting tool and was then flagged to the police, which carried out an investigation in England and Wales to uncover the locations of people behind the anonymous abusive accounts.

"This action makes it abundantly clear that police will not stand for racist thuggery, even if it is committed online. The posts, all of which were on Twitter, were vulgar and were utterly unacceptable. There is no safe haven for this type of abusive behaviour and we are committed to taking decisive action to root it out", Detective Sergeant Matt Simpson, from the Metropolitan Police public order crime team, was quoted as saying.

We welcome the action taken here. There is no place for racism anywhere in our game and society. https://t.co/Fz6fOiIGBj

Greater Manchester Police superintendent Julie Ellison, who also worked on the operation, said she hoped these arrests would send a clear message to those who think it is acceptable to spread hatred and abuse from behind the protection of their keyboard.

"Racism has absolutely no place in our communities … We will do everything within our powers to identify who you are and bring you to justice", Ellison said.

Although the Metropolitan Police statement did not mention the name of the player, Tottenham Hotspur announced last month that their South Korean forward Heung-Min Son, 28, had been racially abused online following the club's 3-1 home defeat to Manchester United on 11 April, prompting a social media boycott by top football players, their clubs, the Premier League and the Football Association.