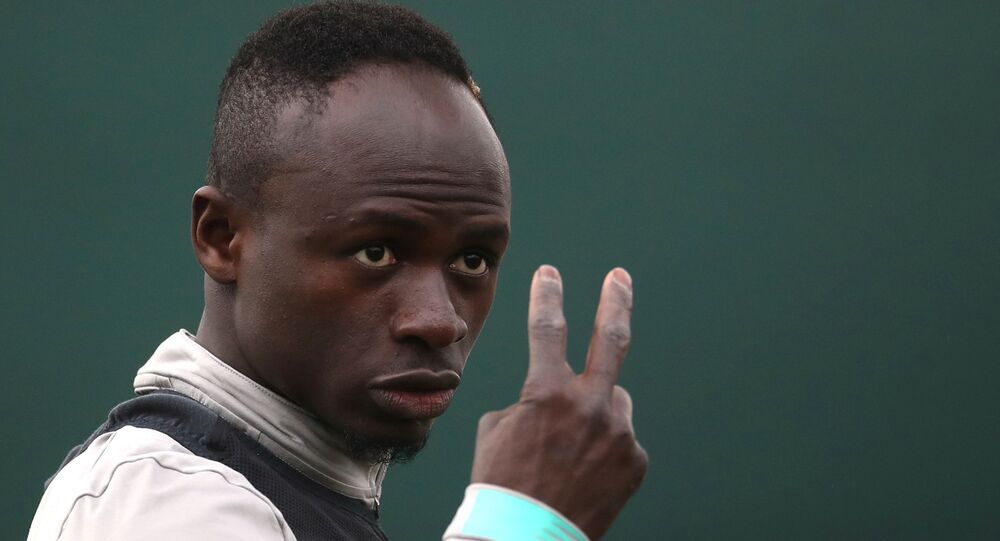 The news comes amid widespread rumours that Mane may leave the Merseyside squad and go to Real Madrid. According to France Football, Los Blancos’ manager Zinedine Zidane has long wanted to sign the Senegalese player, who netted 26 goals for Liverpool last season. The magazine claims that Mane is himself dreaming of joining the Spanish juggernaut.

Liverpool’s striker Sadio Mane was unhappy that the club’s manager, Jurgen Klopp, supported Virgil van Dijk’s candidacy for the 2019 Ballon d’or, France Football reported. Both players were nominated for the most prestigious individual award in football and the two athletes were instrumental in helping Liverpool win UEFA’s Champions League that season.

However, Klopp publicly backed van Dijk and said that it "would have been right" if his centre-back had won the award. The 28-year-old, who that year was named best player of the English Premier League, came second, losing by only seven points to Barcelona’s Lionel Messi, while Sadio Mane came in fourth, after Cristiano Ronaldo.

According to France Football, Klopp's public support of van Dijk left Mane with a bad taste in his mouth. The striker was particularly unhappy given the fact that Messi, who has won the Ballon d'Or six times and is considered by many sports pundits and athletes the best football player, voted for Mane.

"It’s a shame to see Mane finish in fourth place. Mane achieved a great year that was exceptional for the entire Liverpool team. That’s why I chose him. But I think there have been a lot of great players this year. That’s why it was difficult to choose a particular player. But I chose Sadio Mane, because he’s a player that I like", Messi told Canal+ after winning the award.

The news comes amid reports that Mane may leave Liverpool this season and head to Real Madrid, which is reportedly ready to shell out up to $160 million for the winger. France Football says Los Blancos’ manager Zinedine Zidane wanted to sign Mane back in 2018 and that the athlete himself is allegedly dreaming of playing for the Spanish juggernaut.

Although the Reds have a more than impressive attacking line, losing Mane would be a big blow to the squad. British media have speculated that if the Senegalese player heads to Real this season, Liverpool may sign PSG’s Kylian Mbappe for a mindboggling $269 million. This would be the most expensive transfer in the history of football. The previous record holders are PSG, which forked out $239 million for then Barcelona striker Neymar.