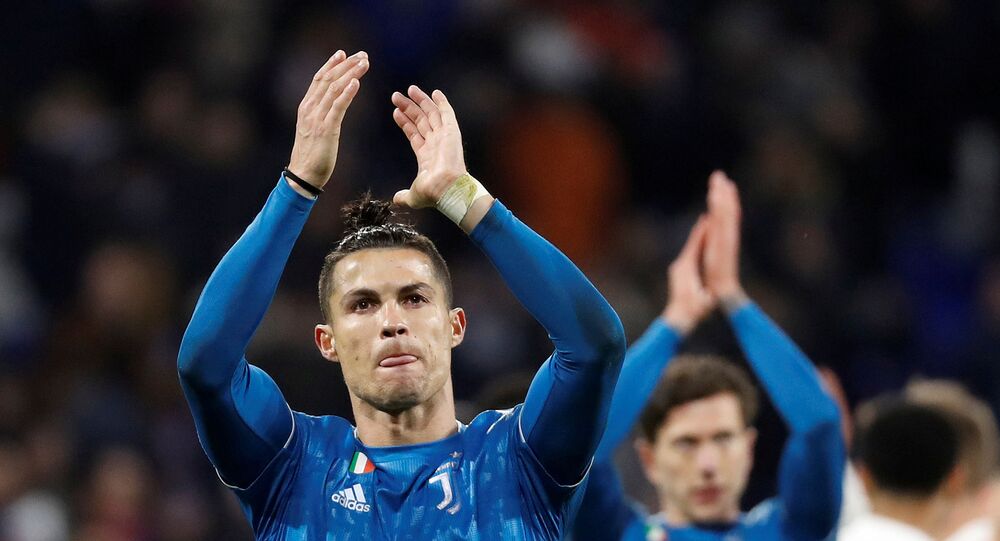 'You are a Beast!' Cristiano Ronaldo Stuns Social Media Users Showing Off His Veiny Legs

The coronavirus outbreak, which has affected 2.5 million across the world has put everything on pause, but not for football superstar Cristiano Ronaldo. While most of us shudder at the thought of how unfit we'll be by the end of the pandemic, Ronaldo trains relentlessly as if Serie A and other football tournaments have not been cancelled.

Juventus star Cristiano Ronaldo wowed social media users showing off his veiny legs. The five-time Ballon d’Or winner regularly updates his multi-million army of followers on how he's keeping fit during the coronavirus lockdown. It seems that on Tuesday the 35-year-old star had a leg day. Ronaldo posted a photo showing him on an exercise bike. Alongside the image he wrote: "Workout to improve mind and body".

Social media users were stunned by his veiny legs and inundated the comments section.

One user wrote: "Holy cow! Your legs look superb!" The other netizen wrote:"You are a beast, CriRo!"
"Christ, come back to Real Madrid”, wrote a third. A week ago, the second-best scorer in Serie A this season, posted a video showing how he does ab workouts using his kids as makeshift weights.

In 2017, Ronaldo revealed how he decided to work on his physique after he heard players and coaches lamenting the fact that he was small. "I remember the first time I heard one of the kids say to another kid: 'Did you see what he did? This guy is a beast.' I started hearing it all the time, even from the coaches, then somebody would always say: 'Yeah but it’s a shame he’s so small.' "It’s true, I was skinny, I had no muscle. I knew I had a lot of talent, but I decided that I was going to work harder than everybody".

The Portuguese star reportedly went to the gym five times a day toning his body when he was playing for Real Madrid. It was during his stay at Los Blancos that Ronaldo won four Champions League titles, two UEFA Super Cups, the La Liga title and won four Ballon d’Ors, the most prestigious individual football award.