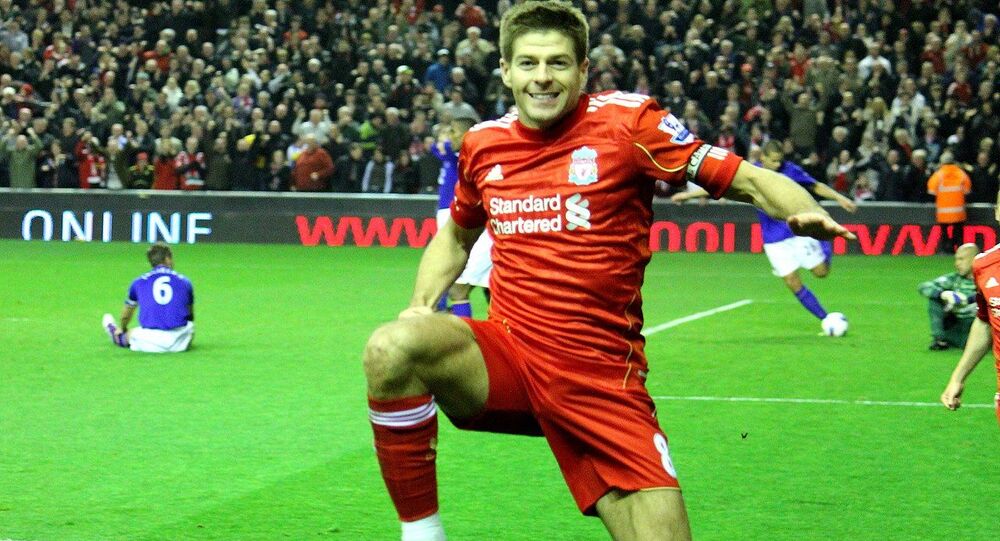 Former Liverpool forward Florent Sinama Pongolle has revealed the details of a fight between the Reds' iconic captain Steven Gerrard and Senegalese striker El Hadji Diouf, during an interview with journalist Walid Acherchour via Instagram.

The incident occurred in a locker room during half-time of a pre-season game and according to Pongolle, it traumatised him and other Liverpool rookies. "They hated each other so much. Can you imagine the young ones seeing this and thinking that’s what professionals are like at that level".

Pongolle said the argument started after Steven Gerrard asked Diouf to pass the ball, which made the Senegalese player go ballistic. After that the Reds’ captain said: "Hey, you f**ker". According to Pongole, Diouf couldn’t respond to the insult as his English was "rubbish". So the Senegalese footballer grabbed Liverpool manager Gerard Houllier, who is French and said: "Tell him, I will f**k his mum".

Diouf joined the Merseyside squad in 2002 for almost $20 million and spent three years at Anfield scoring only 3 goals. His improper conduct on and off the pitch, including spitting at rivals and fans of opposing teams, led to fines and sports bans.

© AFP 2020 / GLYN KIRK
Footballers in Limbo: The English Premier League Players Who Don't Know if They are Coming or Going
The feud between him and the Reds’ captain continued even after the Senegalese player left Anfield.

In his autobiography released in 2007 Gerrard, who scored 120 goals during his career and led Liverpool to the Champions League title in 2005, wrote that Diouf was only interested in himself.

"I wasn’t Diouf’s No 1 fan. Being around Melwod [the Reds’ former training ground] and Anfield I knew which players were hungry, which players had Liverpool at heart. Diouf was just interested in himself. His attitude was all wrong. I felt he wasn’t really a***d about putting his body on the line to get Liverpool back at the top".

Diouf responded saying Gerrard "killed the club" and was jealous of his talent. "Gerrard was jealous of me back then as I had the world at my feet. There’s no one more selfish. He doesn’t care about anyone else. The old Liverpool guys can’t stand him".

In 2015 during an interview on with a Senegalese radio station, Diouf reportedly claimed that Gerrard never liked black people.