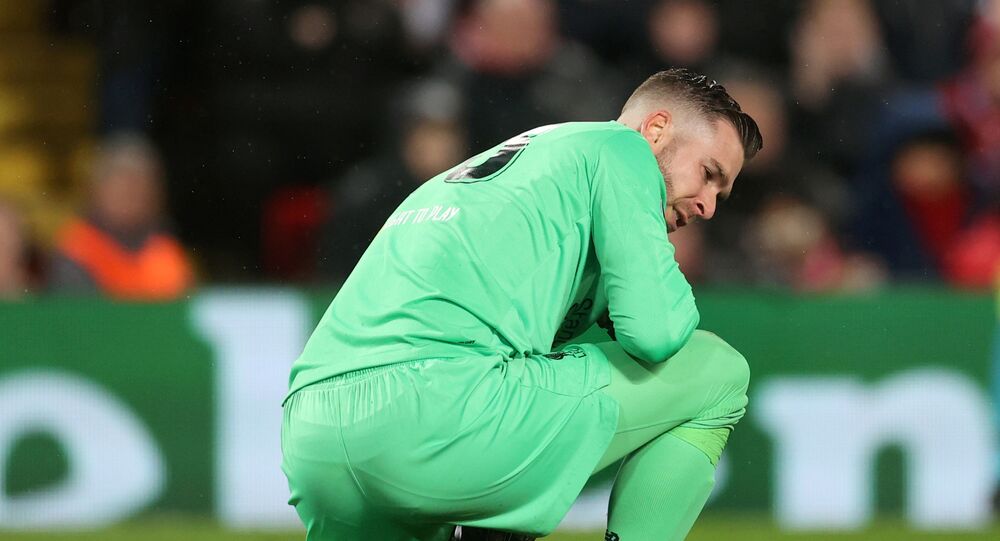 Liverpool lost to Atletico Madrid during a Wednesday Champions League matchup at Anfield (2 – 3). This fateful loss ended the Reds’ defence of the title of the annual European club football competition.

The Liverpool fans turned on back-up goalkeeper Adrian, who was standing in for the injured Alisson Becker, after the former's weak performance in extra-time, receiving three goals that changed the course of the match.

Atletico Madrid denied the Reds a seemingly guaranteed win that would have led them to the quarter-finals of the Champions League for the third consecutive year. Atletico became the first team to win against Liverpool at Anfield in 43 matches.

Liverpool’s fans put the blame on the Spanish goalkeeper, accusing him of not doing enough to save the team.

“I literally can’t blame the players. They did everything but Adrian messed it up. Nothing we can do,” a fan tweeted.

I literally cant blame the players. They did everything but adrian messed it up. Nothing we can do

“Adrian legit may have had money on Atletico tonight. What a disgrace. He singlehandedly blew the f**king game,” another Liverpool supporter suggested.

Adrian legit may have had money on atletico tonight. What a disgrace. He singlehandedly blew the fucking game

Liverpool boss Jurgen Klopp stepped in to defend the back-up goalkeeper, urging fans to be respectful to Adrian, saying “we will not blame him for a second”.

"We will not blame him for a second... stay respectful."

players were absolutely outstanding, fully deserved to go through. Adrian is to blame 100% and that’s it.

Adrian is an awful dump.
It was in our hands & all gone in an instant.
What a heartbreak😣

But the blame is on Adrian smh