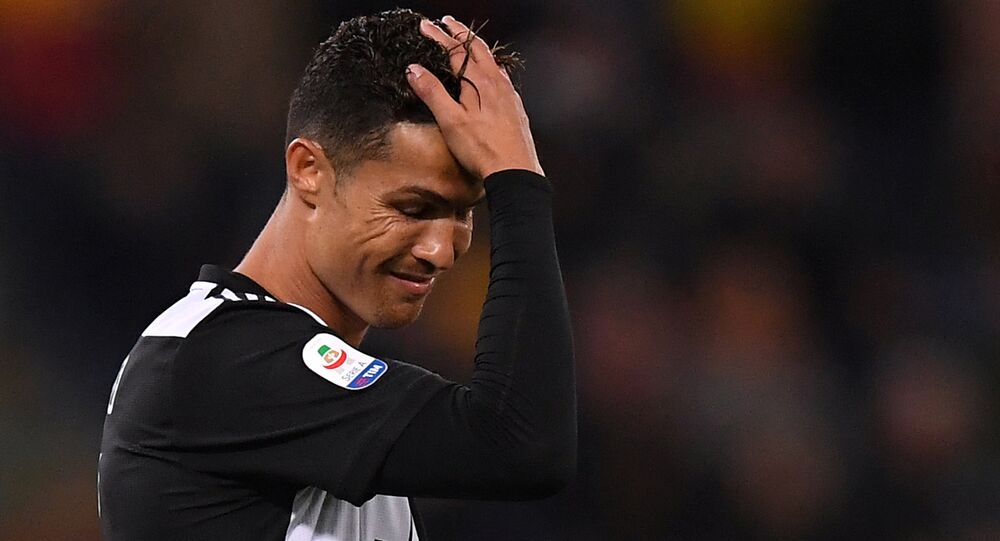 Ronaldo Served With Court Docs Over Rape Case Against Him – Reports

An American accused the football ace of anally raping her in Las Vegas in 2009, although he insists the sex was consensual. The case was re-opened last year against the backdrop of the Me Too movement. However, the accuser’s team has reportedly had difficulties in serving the forward, now playing in Italy, with legal papers.

Portuguese star Cristiano Ronaldo has been served with court papers in the rape case, brought by American Kathryn Mayorga, according to TMZ Sports, who reported about the major development in the legal battle. The star forward’s team has reportedly responded with papers of their own, a 46-page document, outlining their arguments to get the case thrown out.

In May, it was reported that her lawyers had located the footballer's address in Turin, Italy, where he is now playing for football club Juventus. Mayorga's legal team started looking for the Portuguese forward's Italian address back in October 2018 when US police reopened the investigation into rape allegations dating back to 2009.

TMZ also points out that the suit could move forward since the accuser’s team switched from a Nevada state court to filing a federal lawsuit, making it easier to reach the footballer.

At present, no charges have been brought against Ronaldo, although the Las Vegas Metro Police Dept. reopened a criminal investigation into the old case last year when Mayorga filed a lawsuit in Clark County in late September, having accused the football superstar of anally raping her in a Las Vegas hotel in 2009.

According to the woman, who initially reported the crime without giving the identity of her alleged offender, she didn’t seek to come forward with her story, purportedly being “terrified of retaliation” from Ronaldo, and hired a lawyer back in 2010 to negotiate an out-of-court settlement. She pledged never to go public with her allegations in exchange for $375,000. Las Vegas authorities investigated her complaint in 2009, but ultimately backed off after the alleged victim failed to provide detectives with the location of the incident or suspect’s description.

The footballer has consistently denied the rape allegations as “fake news”, and said that despite his eagerness to clear his name, he would not “feed the media spectacle created by people seeking to promote themselves at my expense”.