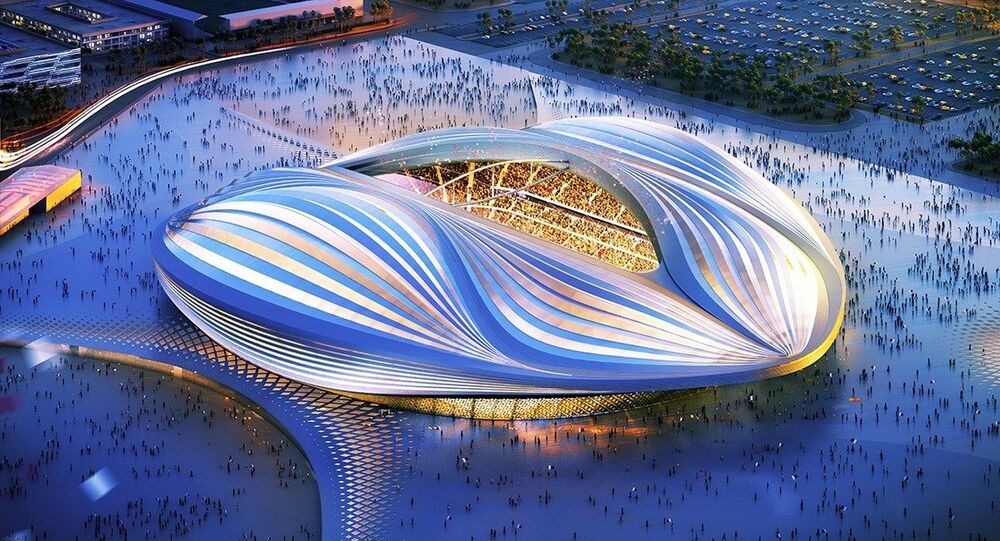 With a 40,000-capacity, the Al Wakrah Stadium designed by the late British-Iraqi architect Dame Zaha Hadid, has now been finished and will be inaugurated next month when it hosts the 2019 Amir Cup final on 16 May.

Described as a "significant step on the road to 2022" FIFA World Cup hosted by Qatar, the stadium's "innovative and futuristic design" was praised by Thani Khalifa Al Zarraa, the SC's Al Wakrah Stadium Project Manager.

"We hope thousands of football fans across the country will join us for this landmark occasion as we celebrate the progress we have made to-date and look forward to 2022 with renewed excitement," he added.

Al Wakrah Stadium is looking awesome! Inspired by the late British-Iraqi architect Dame Zaha Hadid, the design is inspired by the sails of traditional dhow boats – in tribute to Al Wakrah's seafaring past. pic.twitter.com/zJIUezjEuk

However, when images of the venue surfaced online, it got branded by some commentators as the "vagina stadium" due to its particular shape.

The 40K capacity "Vagina" stadium in Qatar ready for the next World Cup tournament.

When @ladbible use your ex as an example of the new world cup stadium 😂😂 #Qatar2022 #worldcup #vaginastadium pic.twitter.com/rA0EtWQZ8k

Zaha Hadid's inspiration for the stadium's design came from the images of sails of traditional dhow boats, aiming to highlight Al Wakrah's traditional industries, including fishing and pearling.

The venue, featuring a 92-metre retractable roof and a cooling technology, can be used all-year-around, according to the Supreme Committee for Delivery & Legacy, responsible for the delivery of the required World Cup infrastructure in Qatar. The players and the spectators will be able to enjoy the temperature of 18-20°C during the games, said the Committee.

Qatar Plans to 'Banish' Drinkers to Desert During 2022 World Cup