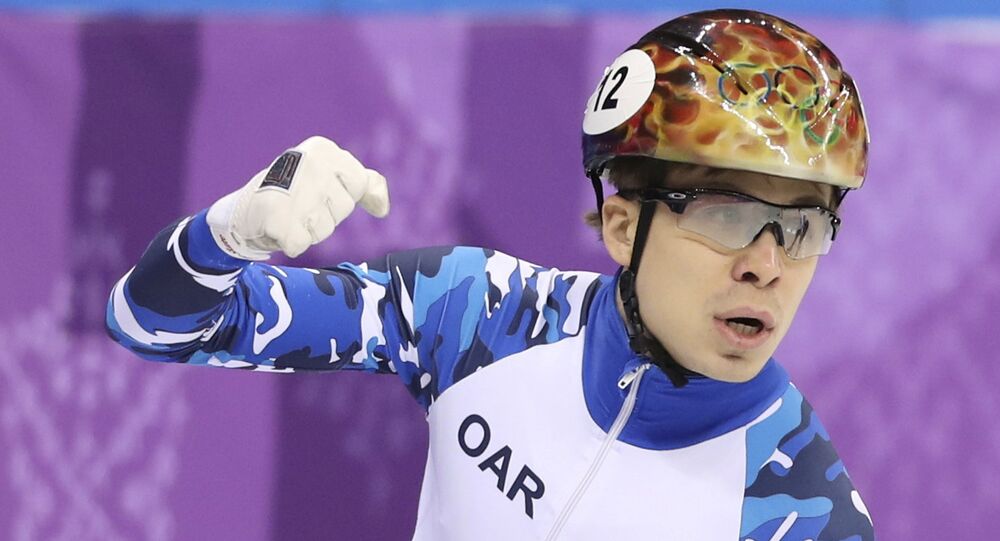 PYEONGCHANG (Sputnik) - The actions and comments of Russian athletes participating in the 2018 Pyeongchang Winter Olympics will be analyzed by the International Olympic Committee (IOC), IOC Director of Communications Mark Adams said Sunday.

© REUTERS / Maxim Shemetov
'Disguised Sanctions': Lawyers on IOC Decision on Russian Athletes
The Russian authorities have repeatedly refuted allegations of a state-sponsored doping system. The IOC-established commission headed by Samuel Schmid said there was no proof of state support for the doping system in Russia.